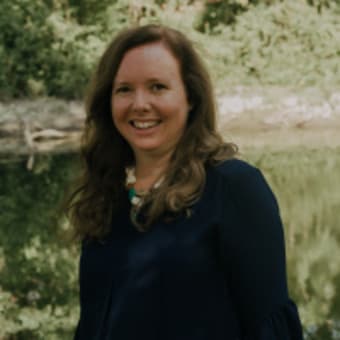 Author of The Spinning of Deception (Book 1), Deception's Hold (Book 2), and Shadowed Bonds (Book 3) of the Sunspear Series.
The author invites you to enter a world filled with sunspears, swords, firefights, and those who possess fighting spirit to stand against a Dark Lord threatening all who loom in his shadow. Those that have entered this world already have this to say:
"Full of Action, Intrigue, Suspense, and Surprises... I became totally engrossed in this …. The characters are so unique and relatable, the reader becomes quickly invested in them."
Another who entered this world said, “This … combines the science fiction of Star Wars, the intrigue of Hunger Games, and the depth of C.S. Lewis." .

Originally from the Alabama coast, she currently lives in the Dallas area with her husband, Jeff, and her two children. She has a Master’s degree in counseling from Dallas Baptist University. She enjoys science fiction, fantasy, and suspense thriller and hopes to bring the same enjoyment to others in her writing.