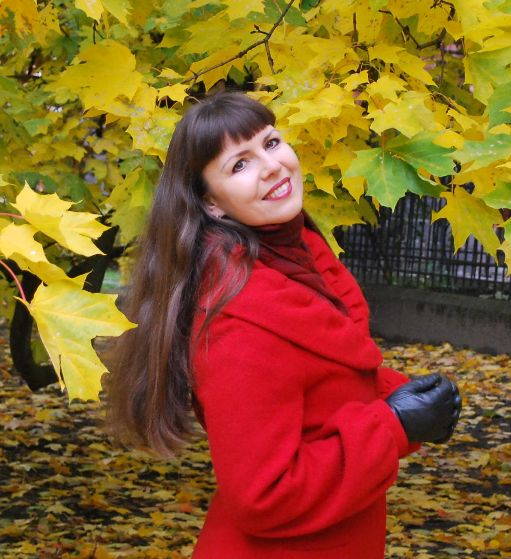 Eve Koguce has been in love with books for as long as she remembers herself. The typewriter her first attempts at writing had been made at still sits proudly on its shelf in the basement, and when she goes down there, she always has an urge to save it from its exile.

Eve has always been writing something. Diaries, letters, poems, short stories. She'd even attempted to write a novel a couple of times when she was about thirteen. Still, there was always something more important than her writing. There was always “real life” reminding her of its undeniable claims. “You have to study, you have to work, there is no place for fruitless dreaming,” it whispered. And she moved forward as if running on rails she couldn’t step down from.

She’d spent fifteen years, trying to fit into the office work pattern. Do you remember Kevin Kline in the “In & Out” movie – “men do not dance”? Well, that used to be her philosophy – real people don’t write books. They work, they build careers, they travel through the corporate jungle. And despite she was feeling miserable and out of place every day of that climbing the ladder process, she managed to build a relatively successful career after an ambitious shift from the private to the public sector. The job she had wasn’t boring. It was actually pretty exciting. She worked with internationally funded projects and met people from all over the world every day. But it failed to ignite a spark in her heart.

It was when she’d achieved everything her sensible whisperer had pushed her to achieve that a Winged One man with impossibly black wings crashed through an open window on the 55th floor. The scene was startlingly vivid, and the Winged One man started talking at once. She couldn’t stop the story from unfolding further in her head. And so it began, her long way back to her true self. To a person who writes.