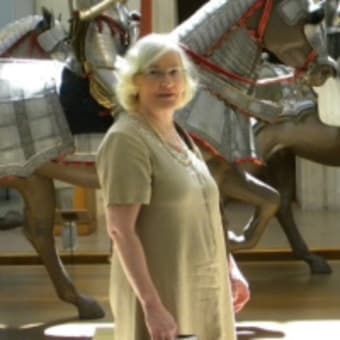 Fantasy poetry driven by myths and legends has been my passion for as long as I remember. I was published in poetry long before I caught the romance writing bug.

I always meant to write a book; I really did. But I was born in a horse-centered, fox-hunting part of Pennsylvania and put on a horse so young it’s a wonder I ever learned to walk. My early years were completely taken up with horses. When one of them knocked me unconscious for a rather long time, I began to have different thoughts.

Thus began an 18-year career in various aspects of psychiatric social services. And did I mention I married a man with five children? I wrote poetry because it didn’t take as long as writing 100,000 words. All of it was published and that helped silence the little voice going, “But I really want to write a book!” When I was widowed at age 41, I dealt with it by running away to Ireland, where the little voice kept getting louder.

The result was an outburst of writing. This comes after massive amounts of help from Romance Writers of America, Valley Forge Romance Writers, Celtic Hearts and Rome-antics.

Let’s hear it for all those great ladies!

Presently, I live on a small farm in Elverson, Pennsylvania with an assortment of rescue animals …mostly horses.