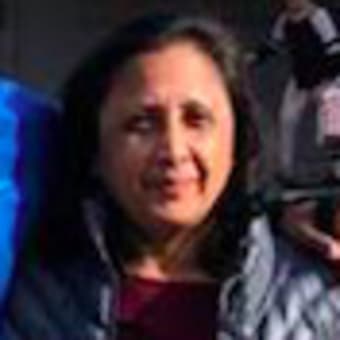 Rasana Atreya had the option to be traditionally published, but declined that offer in order to self-publish (no, really!). Like her late father always said, there's the easy way, and there's the Rasana way. Ten years after the fact, she's startled to note that she'll be forever known as one of India's self-publishing pioneers.

A few fun things happened along the way. Her debut novel was:
* Shortlisted for a prize (the now-defunct Tibor Jones South Asia Prize).
* Was taught at a reputable American university (thankfully, still going strong).
* She (the author, not the novel) was interviewed by international podcasters.
* Amazon flew her to New Delhi for the launch of the Kindle in India.

Rasana's heroines (and, very occasionally, heroes) are gritty individuals who, despite their frequently uncomfortable beginnings, follow rocky paths of self-discovery before arriving at their desired destination.