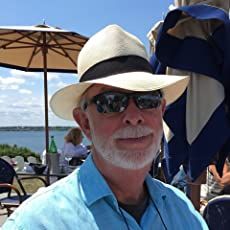 Richard Wise is the author of four books. His latest novel, THE DAWNING: 31,000 BC, was released on October 11, 2022. REDLINED, A NOVEL OF BOSTON (2020), his second novel, is a mystery thriller set in Boston's Jamaica Plain neighborhood. PublishersWeekly raves: "Fans of suspense fiction with a social conscience will be pleased." Midwest Book Review describes REDLINED as "An original and simply riveting novel."

The author's first book: SECRETS OF THE GEM TRADE, THE CONNOISSEUR'S GUIDE TO PRECIOUS GEMSTONES, was initially published in 2001. The book was serialized in Colored Stone and Lapidary Journal and became a critically acclaimed bestseller. The second edition--an Amazon Bestseller--appeared in December 2016. Extensively revised and rewritten, the 2nd edition added 127 pages, 11 new chapters, five new introductory essays, and 161 additional photographs.

Mr. Wise's second book, THE FRENCH BLUE, a historical novel published in 2010, won a 2011 International Book Award in Historical Fiction. Set in the 17th Century gem trade, THE FRENCH BLUE tells the backstory of the notorious Hope Diamond and the true-life adventures of the 17th-century gem merchant Jean Baptiste Tavernier. The book was called "a fine piece of historical fiction" in a 5-star review by Midwest Book Review.