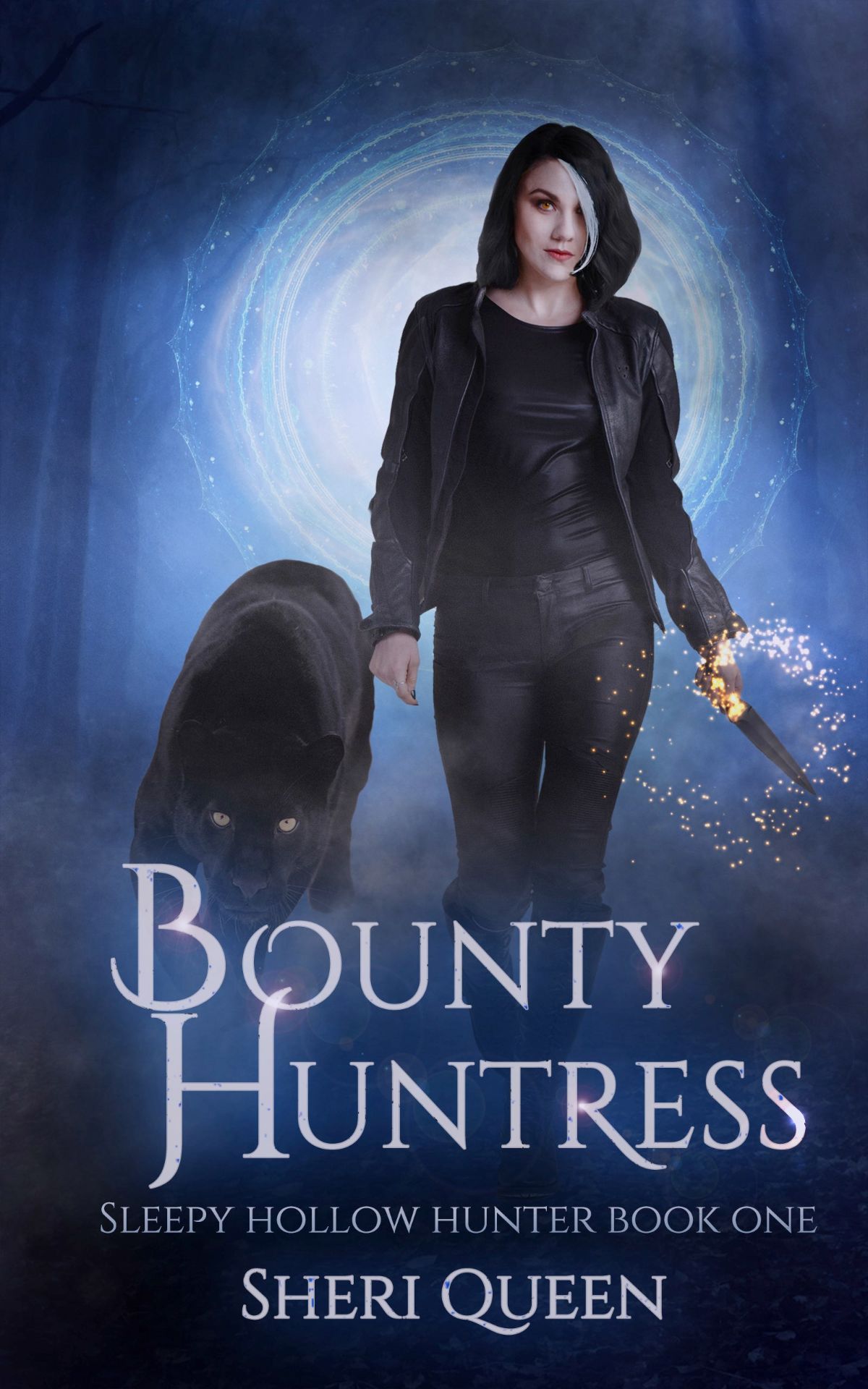 When she lands a lucrative contract, she thinks she'll finally be able to afford her dream cabin in the woods of Sleepy Hollow. All she has to do is lure her were-cat target from the safety of the paranormal hotel—which happens to be in a different dimension.

What could go wrong?

Then she meets Alexander Holden, the second-in-command of a powerful were-cat clan, who is accused of murdering the woman he was to marry. Her attraction to him has her torn between helping him clear his name and facing the loss of her contract and her pack family.

But even she may not be able to hunt down the real killer before it's too late.

Is following her heart worth risking everything, including the love they've found in each other's embrace?
————
This is a fated-mate shifter story suitable for 18+. The Sleepy Hollow Hunter series is perfect for urban fantasy fans who enjoy immersive stories of adventure and slow-burn romance. It features witches, ghosts, vampires, demons, and several enticing shifters. Grab your key and enter the paranormal hotel where what happens in the hotel stays in the hotel—sometimes!

““Thanks to Sheri Queen’s smooth, immersive style and her penchant for interesting characters, you’ll not only want to follow Janda Gray into the Hotel Paranormal, but will soon be clamoring for your own magical room key.” ~Heidi Ruby Miller, award-winning author of the Ambasadora series“