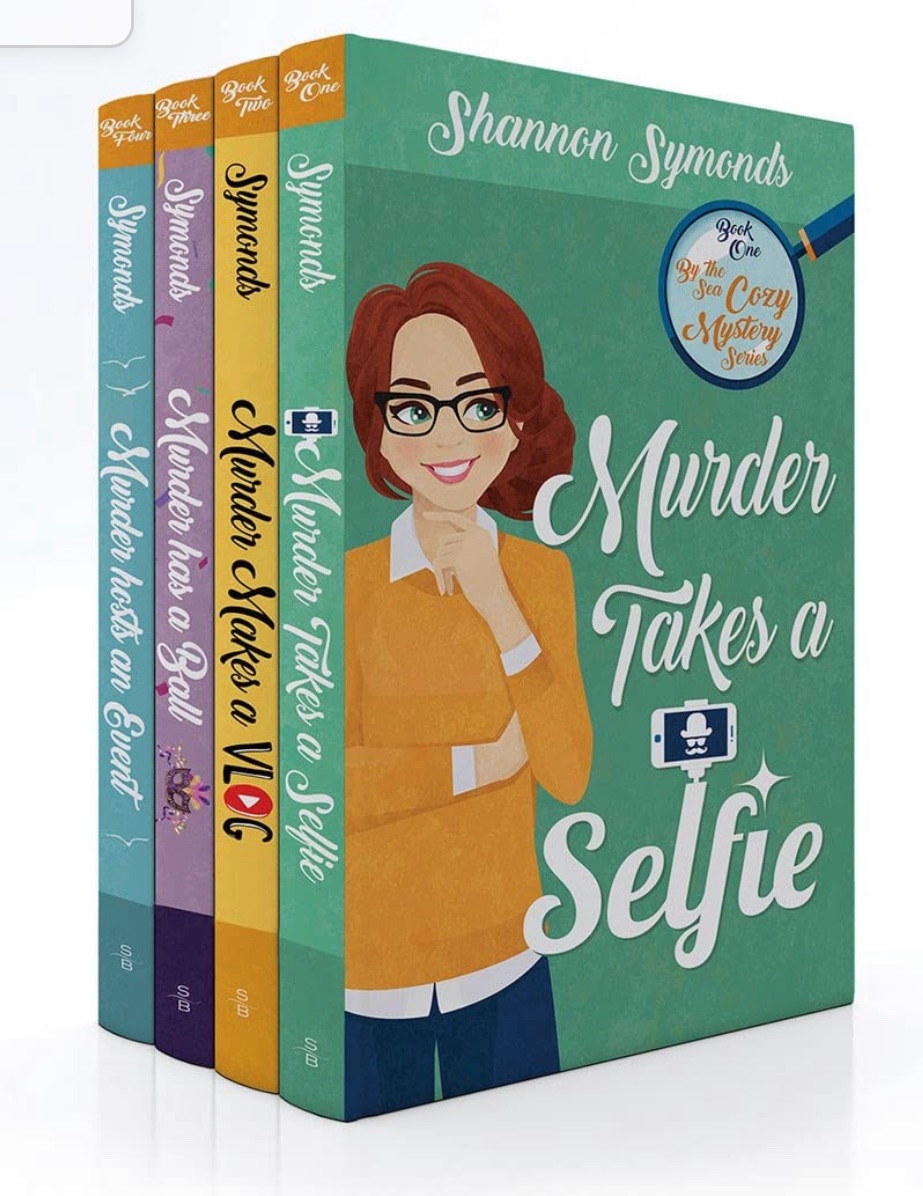 Oceanside High students Esther and Sophie prefer life between the covers of their favorite books, but they open an entirely new adventure and begin an exciting new chapter when the Stuart twins, Parker and Paisley, move from Great Britain to an old mansion in Esther and Sophie's small beach town.

The girls score invitations to a celebrity author's book-launch party at the twins' mansion, but after the selfies are snapped, someone goes missing, and everyone is a suspect.

Used to hiding behind her glasses and cardigans, Esther has secrets that only her cat and Sophie know. But when lives are at stake, what will Esther risk to solve the mystery and save her friends?

Follow Esther and Sophie to their seaside town, the Captains Cove Mansion, a castle on a cliff, and to the Oceanside High library by the sea as they solve mysteries and make new friends!

“Rudd
Such a fun read!
May 10, 2022 Paperback
5 stars
I love this series! It’s been my favorite series I’ve read in a long time. Sophie and Esther are such fun friends. The draw they show for mystery and helping others is addictive. I love that I cannot predict the ending. I love that I get to experience being on the coast without actually being there. Such a vivid picture is given of each location I can picture myself there. When the girls are at the event and they are all split up I found myself getting worried. Would Esther get out of this one? Would she get to see her friends again? Or would this be the end? Thank you for writing a clean book I can let my preteen read!“

“My Book A Day
This series keeps getting better and better!
May 9, 2022

Format : Paperback
I enjoy a good cozy mystery. I feel like this series by Shannon Symonds just keeps getting better and better. This is my favorite book in the series yet. It had me on the edge of my seat trying to figure out the mystery before it was revealed!

I’m loving Esther. The author did a great job telling the story through her eyes. She’s your normal high school girl. She loves books, and her BFF, Sophie and her boyfriend. As well as her family. I love that her family seems real and that they care about Esther.

The mystery in this one really got me. There were tons of characters that could have been the villain. And the author did a good job hiding who it was. I didn’t want to put the book down until I found out.

This book is so great! You…and your teen will love it.

I was sent a copy of Murder Hosts an Event as a gift from the author. All opinions are my own.“

—
My Book A Day -Reviewer
Join The LitRing Tribe
I am a(n):
We use cookies on our website to give you the most relevant experience by remembering your preferences and repeat visits. By clicking “Accept All”, you consent to the use of ALL the cookies. However, you may visit "Cookie Settings" to provide a controlled consent.
Cookie SettingsAccept All
Manage consent