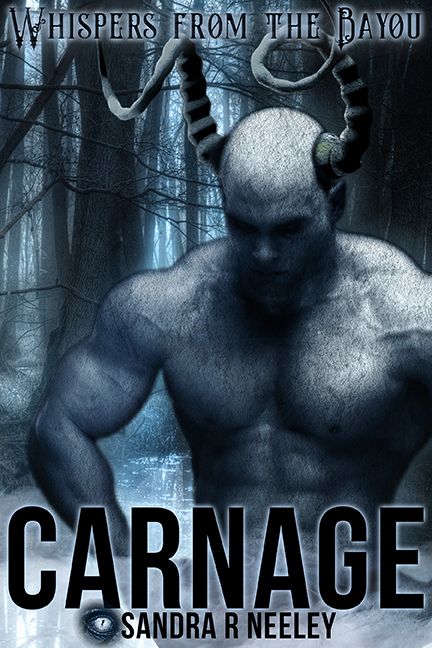 Whispers From the Bayou Series
| Book 1

Carnage, Whispers From the Bayou, Book 1

The swamps of south Louisiana shelter all manner of creature, paranormal as well as natural wildlife. Whispers is a community of paranormal beings hidden deep within the most uninhabitable areas of the wetlands. All of its inhabitants — be they Vampires, Shifters, Gargoyles, Banshees, Ancients, Windigo, Mer-people or other — came here for one reason; Sanctuary. The members of this community intentionally migrated here over time in an effort to escape humankind and their intolerant ways. Some species were hunted to the point of near extinction, those few who survived, now live here. They all have one rule, one unbreakable rule — no humans. No humans are allowed to know about their community. It’s the only way they can all remain safely hidden away.

~Raised by a father who curses the day she was born, Carolena finds herself in the swamps of south Louisiana under the guise of overseeing her father’s investments. In truth, she is making every attempt to avoid forced marriage to any of the men he would have her shipped off to. She’s always believed that her husband would love her, would give his very life just to hold her; not be a man who would marry her to claim her father’s wealth. When she arrives in the deep-south, she catches the eye of a local backwoods family of brothers. The eldest, Bobby, decides that he is deserving of a step-up in life, takes her against her will to his hovel of a home at the edge of the swamps to be shared between himself and his brothers. Carolena — not the shrinking flower they think her to be, flees into the deepest, darkest, wildest portion of the swamps in an effort to escape the brothers and their plans for her. Death at the hands of the creatures in these wetlands is a better option, in her mind. Little does she know, she’s also caught the eye of the most dangerous creature there, one of legend — of nightmares. He’s watching her every move, admiring her bravery — and he’s decided he’s keeping her.

~Carnage is a Gargoyle. He’s also volatile, dangerous, unpredictable, and lonely. One evening minding his own business at the edge of the sanctuary he calls home, he spies a female. A human female, and she’s running headlong into his swamps, with no regard for her own safety. Then he sees the reason; three men, and they’re hot on her trail, torches in hand, hell bent on catching her before she can get away. He watches as they get closer and closer to her, easily following her trail. Carnage makes a snap decision that changes both their lives forever; he drops out of a tree right behind her, slaps one clawed hand over her mouth to keep her from screaming, wraps her in his huge arms and goes right back to the treetops. He shelters her while the men traverse the ground below, unable to determine why her trail disappeared. Carnage admires this little female — she was brave to run into the swamps alone. There are many creatures lying in wait for just such a meal. But she no longer has to worry about that, because now she’s his. He only hopes that she doesn’t fear him too much once she gets a good look at his blue-grey skin, his fangs and his horns. Because regardless of what she thinks, or the rules of his community — he’s not giving her up.

Warning: Intended for mature audiences. This book contains explicit love scenes, some violence, and possibly some abuse both real and inferred that may be disturbing for some readers. If you are offended by these subjects, please do not buy this book. 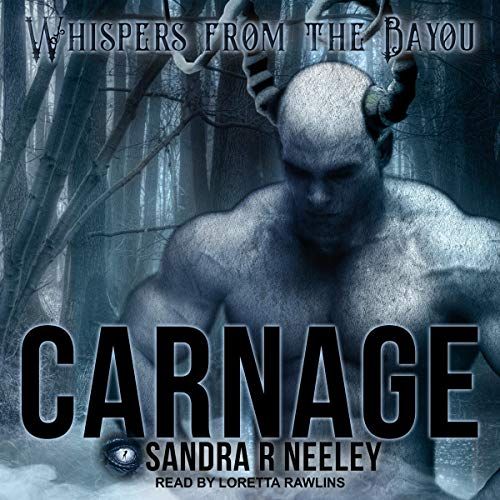 “5.0 out of 5 stars I love Gargoyles but now I have a completely different outlook …“

“5.0 out of 5 stars OUTSTANDING PARANORMAL“

“4.0 out of 5 stars Surprisingly Good and Well Written“

—
Vampire Luvr
Join The LitRing Tribe
I am a(n):
We use cookies on our website to give you the most relevant experience by remembering your preferences and repeat visits. By clicking “Accept All”, you consent to the use of ALL the cookies. However, you may visit "Cookie Settings" to provide a controlled consent.
Cookie SettingsAccept All
Manage consent