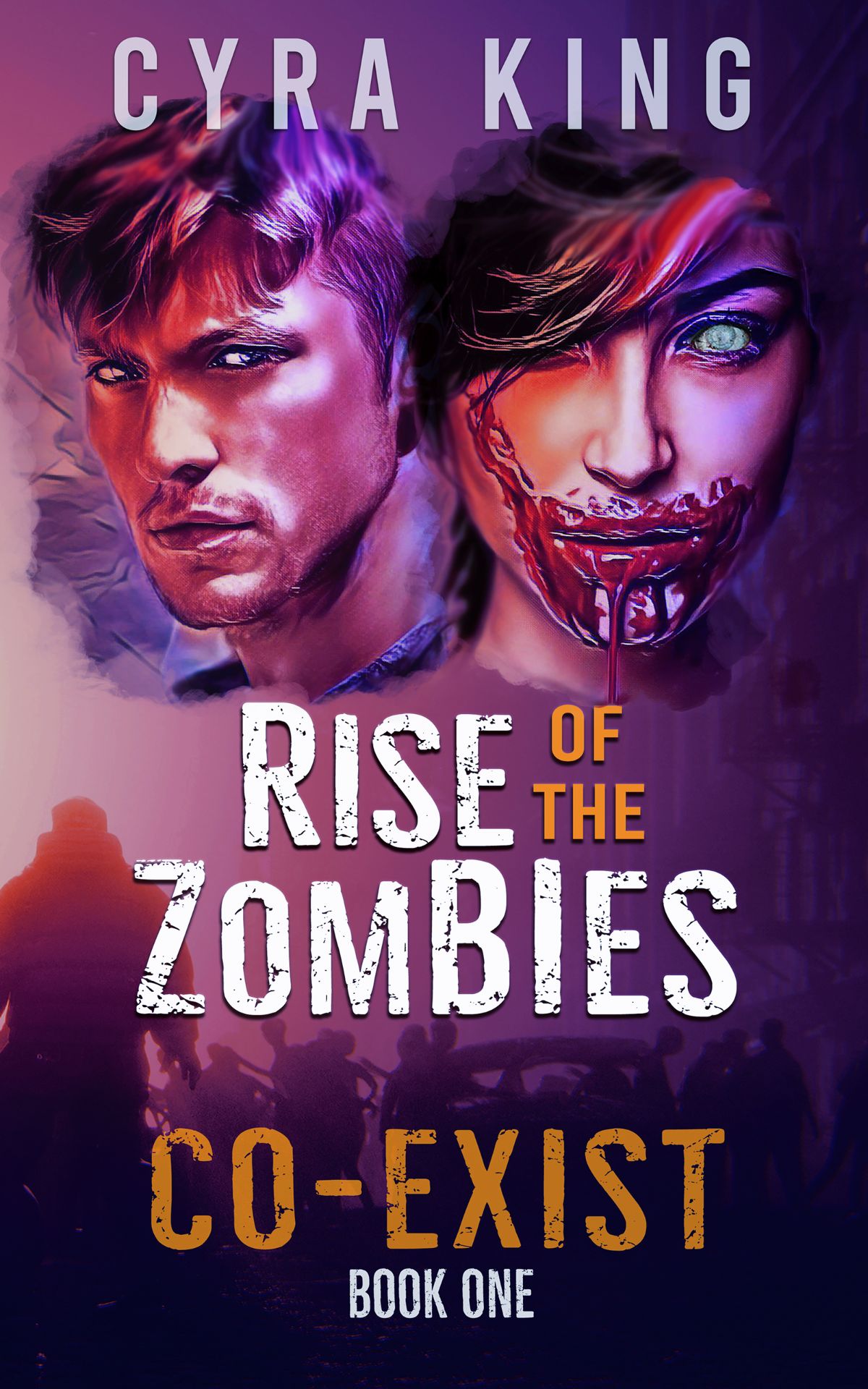 Co-Exist: Rise of the Zombies

Humans vs. sentient zombies. Whose side are you on?

Gripping, horrifying, packed with action and twists. Experience a broken world through the eyes of a sentient zombie. This post-apocalyptic/dystopian romance thriller will make you cry, laugh, and maybe even root for the flesh-eaters.

Double shifts and burnout are all in a dayâ€™s work for Nurse Megan Cole. No oneâ€™s going to die on her watch. Then a viral apocalypse kills all her patients and turns her into a sentient zombie, forcing her to re-evaluate both her life goals and dietary habits.

Fast-forward a year, the city is ruled by the ruthless Salt Lake Z Council. But with her boyfriend Mike by her side, things are okayâ€”until the Council sends Mike to infiltrate the army. When Megan discovers a mangled corpse days later, her worldâ€”and the illusions around itâ€”shatter.

Don Meier, the nationâ€™s top surviving scientist, is close to finding an antidote. However, the final test run is a disaster. The Council gets wind of the â€˜cureâ€™ and imposes their sinister agenda under the guise of salvation.

Smack in the middle of mayhem are Megan and her new found friends,' a motley crew of conscientious Zegans. While they try to prevent the Council from destroying their only hope, Don risks his wife and sonâ€™s safety to unravel a military conspiracy.

It's a frantic race for Megan and Don to rescue humanity before ther's nobody left to save.

“I couldn’t put it down. The Z’s in King’s book aren’t your standard, run of the mill zombies. The main characters are super compelling and there’s plenty of everything: Action, horror, romance and comic relief just at the right moments.“

“This book will have your eyes racing over its words. It’s full of drama, conflict, suspense, and betrayal, but the poignant events will grab you, too. After all, it’s a zombie apocalypse, and innocents are going to get hurt.

You can’t help but root for Megan and admire how hard she tries to keep a grip on her humanity â€“ which includes choosing to be a Zegan! And she’s terribly in love with her boyfriend Mike. It wasn’t really his fault he bit her and turned her! I really like their relationship and how much they feel for each other.

There’s a little supernatural in this, which is always a good addition for me, adding to the interest of the story.

I, also enjoyed hating the big bad zombie boss, as well as the human higher ups who aren’t as altruistic as they make out to be.

I heartily recommend this nail-biting undead romp and hope other readers find it as entertaining as I did.“

“First, a confession; I do not normally rejoice over George A. Romero-type zombies. The staring eyes, the outstretched hands, the bad dress sense. Too close to real life.

But I got an advance review copy of Co-Exist: Rise of the Zombies , and chapter 1 hooked me in. The main character, Megan is a nurse, and the novel has the theme of healing and redemption at its heart.

Yes, there is plenty of mayhem and dark humour and gore and grit. But we actually have zombies here who are Good Guys and Bad Guys, and they have their counterparts in the population of surving humans.

After a virus sweeps through the population of the world, we are left with a population of sentient zombies who are slowly becoming empties, the mindless, groaning, flesh-rendering machines.

Meanwhile, the enclaves of surviving humans are working on a cure. But as a side-effect, the scientists discover a serum that turns the zombies into something worse.

In true human style, the Bad Guy leaders of the zombies strive not for the cure, but for the other thing.

While Megan desperately tries to get her hands on the cure, she also discovers the real origin of the virus.
This novel not only has horror and humour and action, but also passion!“