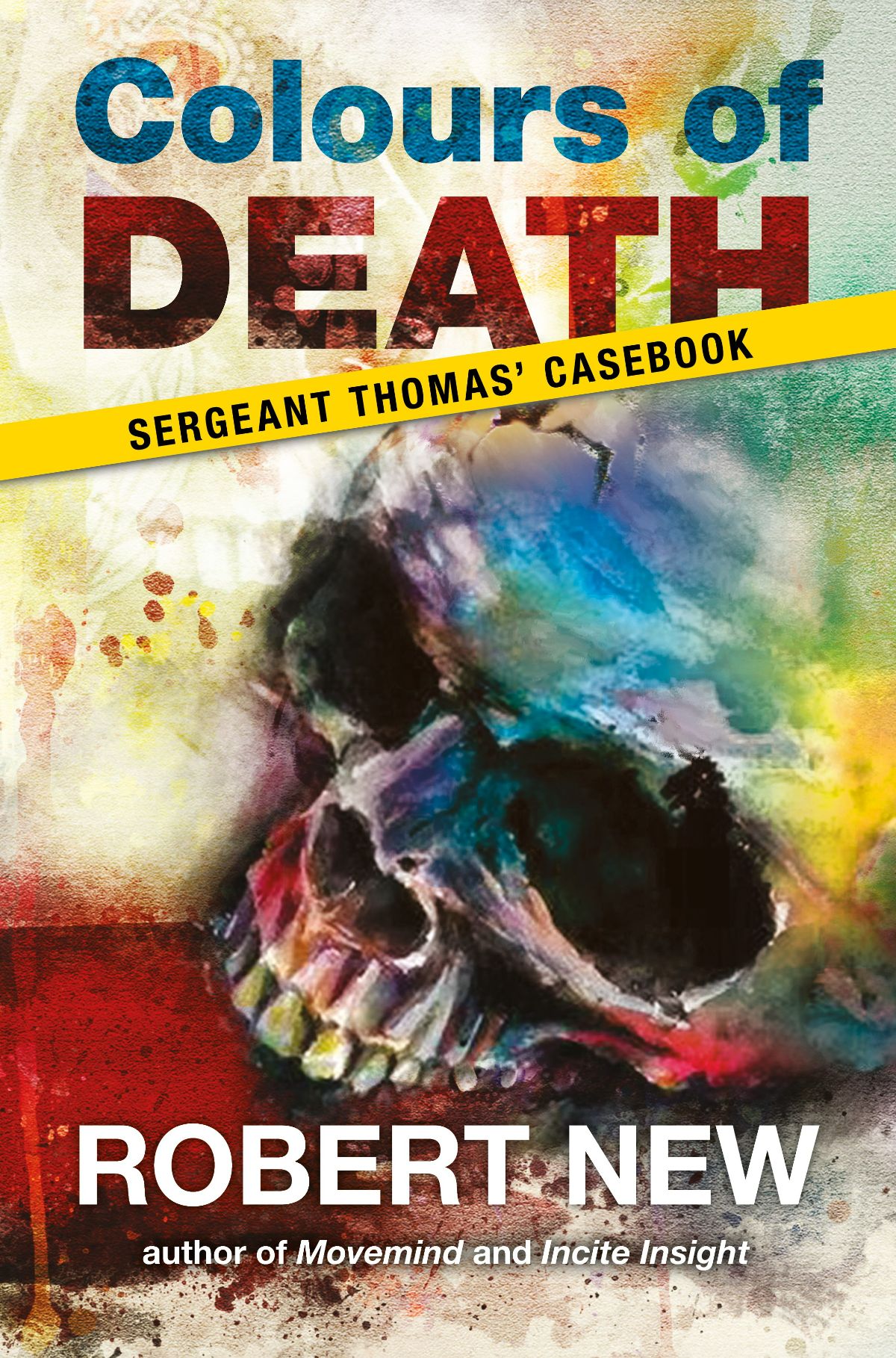 Thrilling colour themed detective stories:
Blue: Blue Bloods
A high school awards ceremony turns to tragedy when the audience turns blue as they die.
Orange: The 11th Killer
A serial killer’s hair colour could be the key to their capture.
Yellow: Storyteller
An arsonist is trapping people in burning buildings so he can write stories about the rescuers.
Black: Black Death
After a body is dumped in public, working out how the victim died is harder than decoding the intended message.
Red: Fear the Red Man
An incident with the Red Man haunts Sgt. Thomas, but may also be the key to solving a new case.
Violet: The Shed
A drug stash and a ticking clock. Can Sgt. Thomas solve the case over the phone?
Green: Money
Cracking a code is the key to breaking apart criminal group.
Indigo: Zoo
Why is the colour of the zookeeper’s uniform vital to solving a case?
White: Sting
A pious man causes someone to take their life, but is it murder?

“Like you, I am lucky enough to read many, many good books. When I come across one I really like I often find myself eager to read the next book in the series or whatever. But Colours of Death is different: right now, I have an almost irresistible urge to go back to page 1 and read the whole book all over again.
And I can’t think of a higher compliment to pay a book than that.“

—
Read Freely
Join The LitRing Tribe
I am a(n):
We use cookies on our website to give you the most relevant experience by remembering your preferences and repeat visits. By clicking “Accept All”, you consent to the use of ALL the cookies. However, you may visit "Cookie Settings" to provide a controlled consent.
Cookie SettingsAccept All
Manage consent