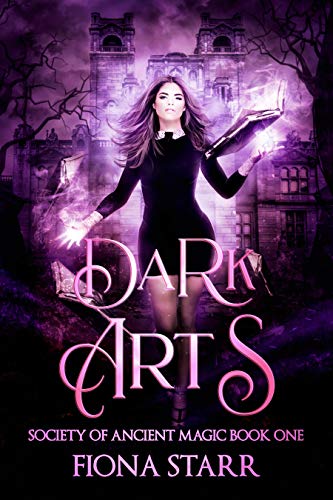 One girl determined to choose her own fate.

They say being called to the world's oldest magic organization is the pinnacle of achievement for a witch. The lottery is done in secret. The names appear by magic. Membership in this exclusive club is like receiving a golden ticket. When you're called—you go, because that's how it has always been.

With only a trace of magical ability, I've accepted a different role… a life of service to the witching community. So when the leader of the Society of Ancient Magic arrives at my door to escort me to initiation, I’m convinced there’s been a mistake. My name doesn’t belong on their list. And yet…

The first guy I meet makes me feel like a princess. The second one I meet sparks an inferno in my heart. The third feels like the reason I was born. They are the sexiest males I have ever met. Dazzled by the glamour and the fabled history, I let myself fall into a world whose mystery and intrigue are as seductive as they are secretive. But not everything is as it seems within the Society of Ancient Magic.

Just because it glitters, doesn't mean it's gold.