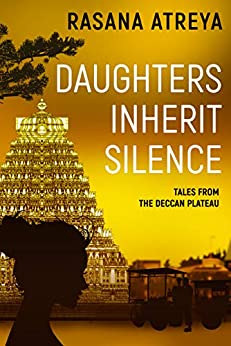 Tales From The Deccan Plateau Series

Jaya is bound by tradition to take care of her late husband’s family, and she takes this responsibility seriously. An engineer and a businesswoman in contemporary India, she is also the mother of a ten-year-old girl. To Jaya’s sorrow, no one in her family has room in their lives for her shy daughter, who has cocooned herself in her grief.

A series of events shakes up not only their lives but also Jaya’s long-held assumption that when a woman marries a man, she also marries his family. And that this marriage doesn’t end when the husband dies.

In a moment of truth, she realises that she's spent so much time focussed on being the Perfect Indian Woman, she’s lost her voice. She fears that if she doesn’t learn to speak up—even at the risk of being ostracized by the community—silence will be her daughter’s inheritance as well.

From the author of Tell A Thousand Lies.

◆ Spellings used in this book are British/Indian.

◆ All books in this series may be read independently.
My family doesn't know. My friends don't know. Except one. We were in middle school and he was my first kiss. It ended with me in the hospital and Andrew moving away.
Now he's back in my life and I don't know how to let go and admit who I am - let alone admit I'm in love.
Sometimes you have to go against all odds to really live.

**Trigger Warning - there are memories of past abuse and derogatory language.**
My name is Tsara Elizabeth Faa, and I have a demon problem. A very serious demon problem.

My ex-best friend has summoned an incubus, and left me to deal with him. Now he’s after my soul.

Thing is, the more time I spend with him, the more I want to give it to him.
Tina Hamilton always knew her father had a secret. In 1968, trouble erupts when northern exploitation threatens her tiny Appalachian town and her father’s hidden past catches up to him. Are secrets worth the price they cost to keep?
Book I of The Chronicles of Alcinia, epic fantasy historical romance.