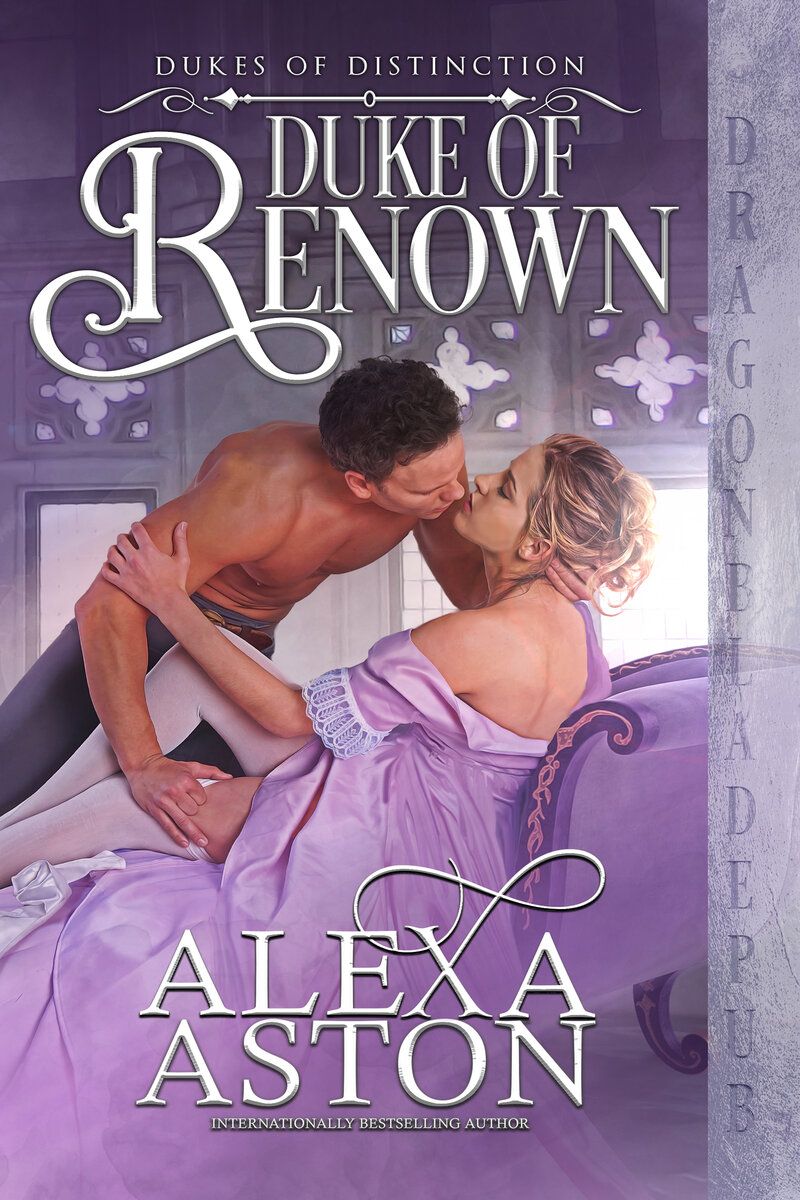 Who doesn’t love a duke? How about five of them?

Phoebe Smythe, Countess of Borwick, suffers a tragic miscarriage when she learns her husband and young son have been killed in a carriage accident. The grieving widow retreats to an isolated cottage on the coast of Cornwall, where she finds a smuggler who’s washed ashore, blood leaking from a bullet wound.

Captain Andrew Graham returns home from the Napoleonic Wars after the death of his older brother, finding his father on his deathbed. Soon he becomes the Duke of Windham and must deal not only with numerous responsibilities but his wayward half-brother, who has amassed a mountain of debt and then shoots Andrew so he can become the new duke.

Andrew awakens to an angel of mercy, Mrs. Smith, a middle-class widow who nurses him back to health. She thinks he’s a criminal, which amuses him, but he soon falls in love with her beauty and spirit. On the day he decides to ask for her hand in marriage, she disappears and he has no way to find her—until he spies her across a London ballroom.

Though her heart belongs to the Cornish smuggler she left behind, Phoebe places herself once more on the Marriage Mart. She yearns to be a mother again—which means finding a husband.

What will Phoebe do when she learns that her Mr. Andrew is none other than the famous Duke of Renown?

“The combination of suspense and romance, sprinkled with touches of humor, make “Duke of Renown” a keeper that readers will want to revisit again and again!“

—
InD'Tale Magazine
Join The LitRing Tribe
I am a(n):