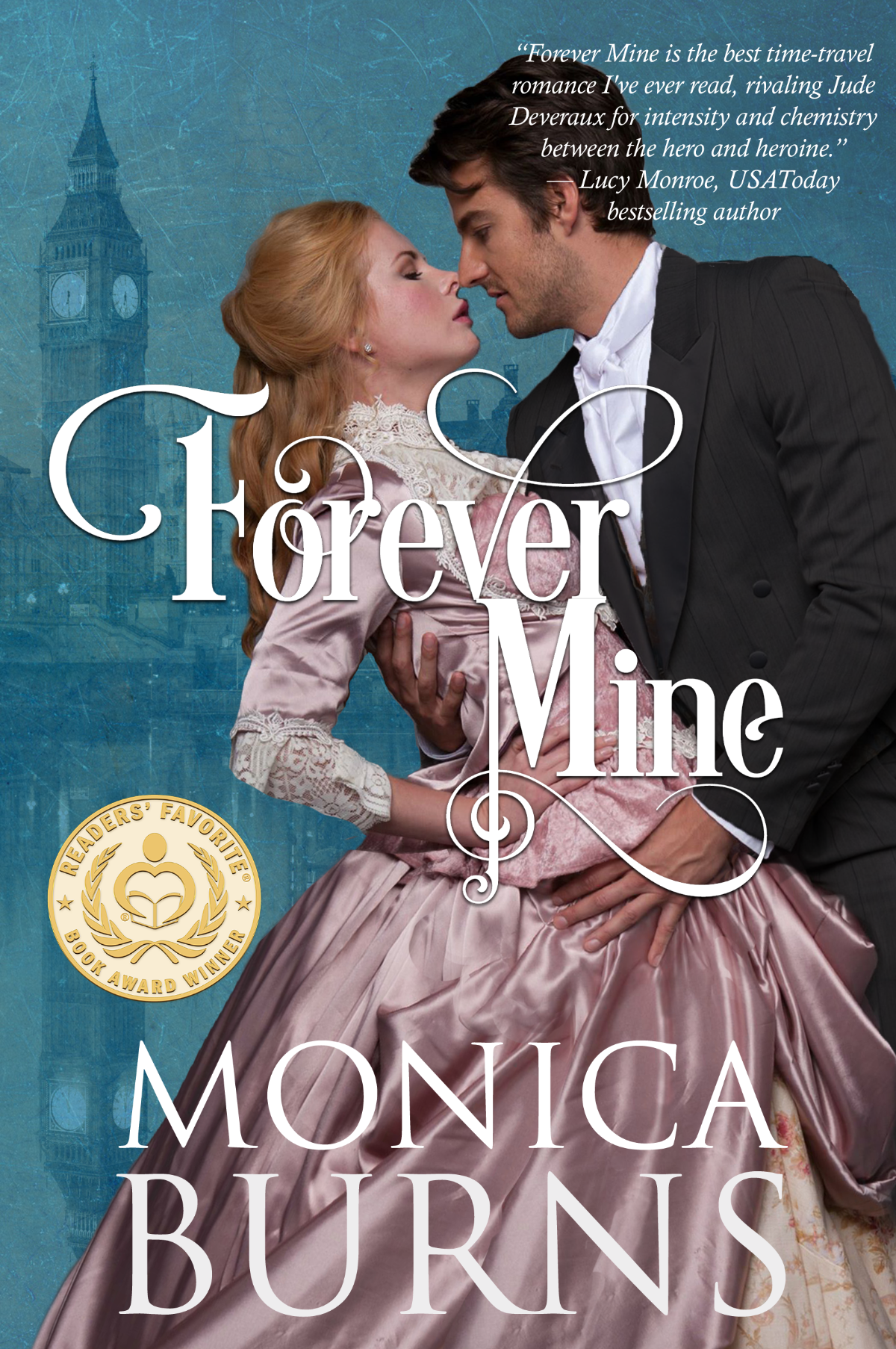 Thrown back to the year 1897, Victoria Ashton is mistaken for, and forced to impersonate, the spiteful, unfaithful Countess of Guildford, who's been missing for three weeks. Despite Victoria's attempts to convince the earl she's not his wife, her double's infidelity and lies make it difficult, especially when Victoria falls in love with a man who loathes her.

Nicholas Thornhill, Earl of Guildford, is plagued with rumors he murdered his missing wife. When she unexpectedly reappears, he scoffs at her latest in a long string of lies. But the changes in Victoria make him to alter his opinion as he forges a bond with her that crosses the boundaries of time.

““If you are a fan of time travel romances this one is for you. The main characters are endearing and the chemistry between them is electric. I haven’t read a historical novel in a long time and this one knocked it out of the park. Monica Burns is now on my must read author list.”“

““For me, nothing could even compare to Somewhere In Time. I was fortunate enough to receive an ALC of Forever Mine and it completely changed my mind. Readers will not be disappointed. With its taut emotion and pacing, I couldn’t stop listening.”“

“I thought that [I’d] read/listened to all the types of time travel stories… well… Monica Burns proved me wrong.“

“Wonderful story of a true love that endures over time. Anyone can write, but it takes a true talent to tell a really good story… Zachary Johnson and Stephanie Nemeth-Parker skillfully handle voicing several characters. They are masters at bringing the two lovers to life for the listener. I need more audio books like this one!“

—
ML Sadler Amazon Reviewer
Join The LitRing Tribe
I am a(n):
We use cookies on our website to give you the most relevant experience by remembering your preferences and repeat visits. By clicking “Accept All”, you consent to the use of ALL the cookies. However, you may visit "Cookie Settings" to provide a controlled consent.
Cookie SettingsAccept All
Manage consent