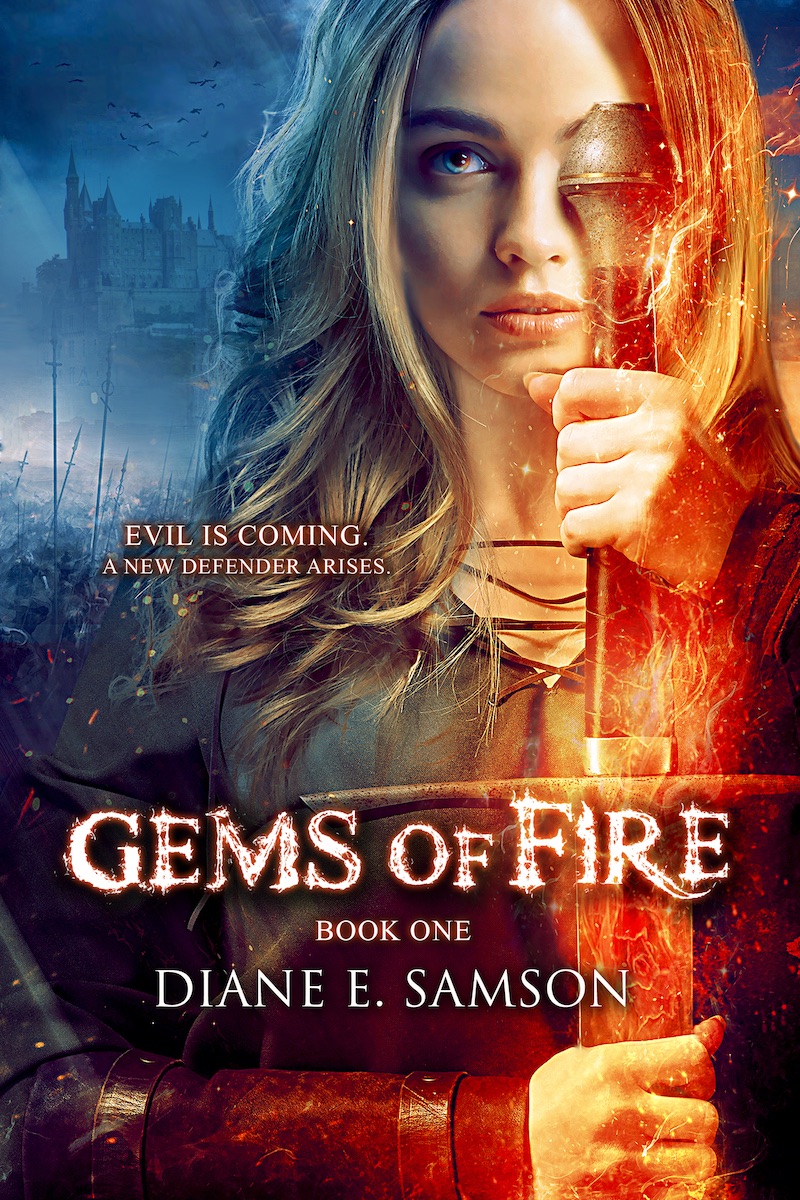 Princess Anna can never escape the castle’s cold walls and scorning disapproval of her father and his brute royal counsel, Seamus. She’ll always live in the shadow of her late mother the queen.
A riding accident lands Anna in the hands of traders who sell her as a slave in distant Kasdod to none-other than her father’s enemy, Lord Anwar. After overhearing a dangerous plot to conquer Sunderland and kill the royal family, Anna must escape and warn her father.
With the doom looming over her, Anna is approached by a dangerous-looking man in the dark. He claims to want to help her, but can she trust him with her secrets? The perils of the journey ahead will push Anna to the limit and answer the one question that has always plagued her. Will she ever be enough? 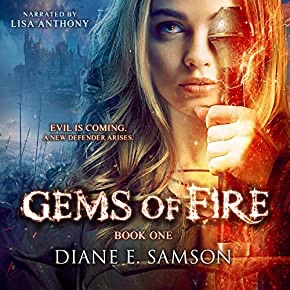 ““Samson does a fantastic job of pulling the reader into the story and keeping them hooked. Anna and Jack are such fantastic characters to lead this journey. Neither of them is perfect, and those flaws are what make them human, real. I absolutely love Avery and Star. Samson did an amazing job of giving them personalities of their own. The romantic aspects of this novel were handled extremely well, and the world-building is phenomenal.”“

““I enjoyed reading about Anna’s adventures from princess to slave to valiant hero. The story begins in Karfin, a fairy tale like castle, but soon moves into a much broader fantasy world full of magic, surprises, and epic battles. I loved this mixture of fairy tale and fantasy (the way Anna escaped from the castle was a nice touch). If you’re looking for a book that takes you on a journey, give this one a read!”“

““Gems of Fire: A Young Adult Fantasy by Diane E. Samson is a wonderful story to read. This is book number one in this wonderful start to a brand new series written by a brand new author for me to read and I a so hooked can not wait to read the rest. I highly recommend this story to everyone who loves reading about YA fantasy.”“

“What an exciting book to read. It kept me on the edge of my seat the whole time. The characters were very well developed and it made me cheer for them all the way through. The cover is very dramatic and fits very well with the story. Great read.“

““A breathtaking journey into royal courts, slavery, escape, war, and love. This book has it all.”“

—
Goodreads review
Join The LitRing Tribe
I am a(n):
We use cookies on our website to give you the most relevant experience by remembering your preferences and repeat visits. By clicking “Accept All”, you consent to the use of ALL the cookies. However, you may visit "Cookie Settings" to provide a controlled consent.
Cookie SettingsAccept All
Manage consent