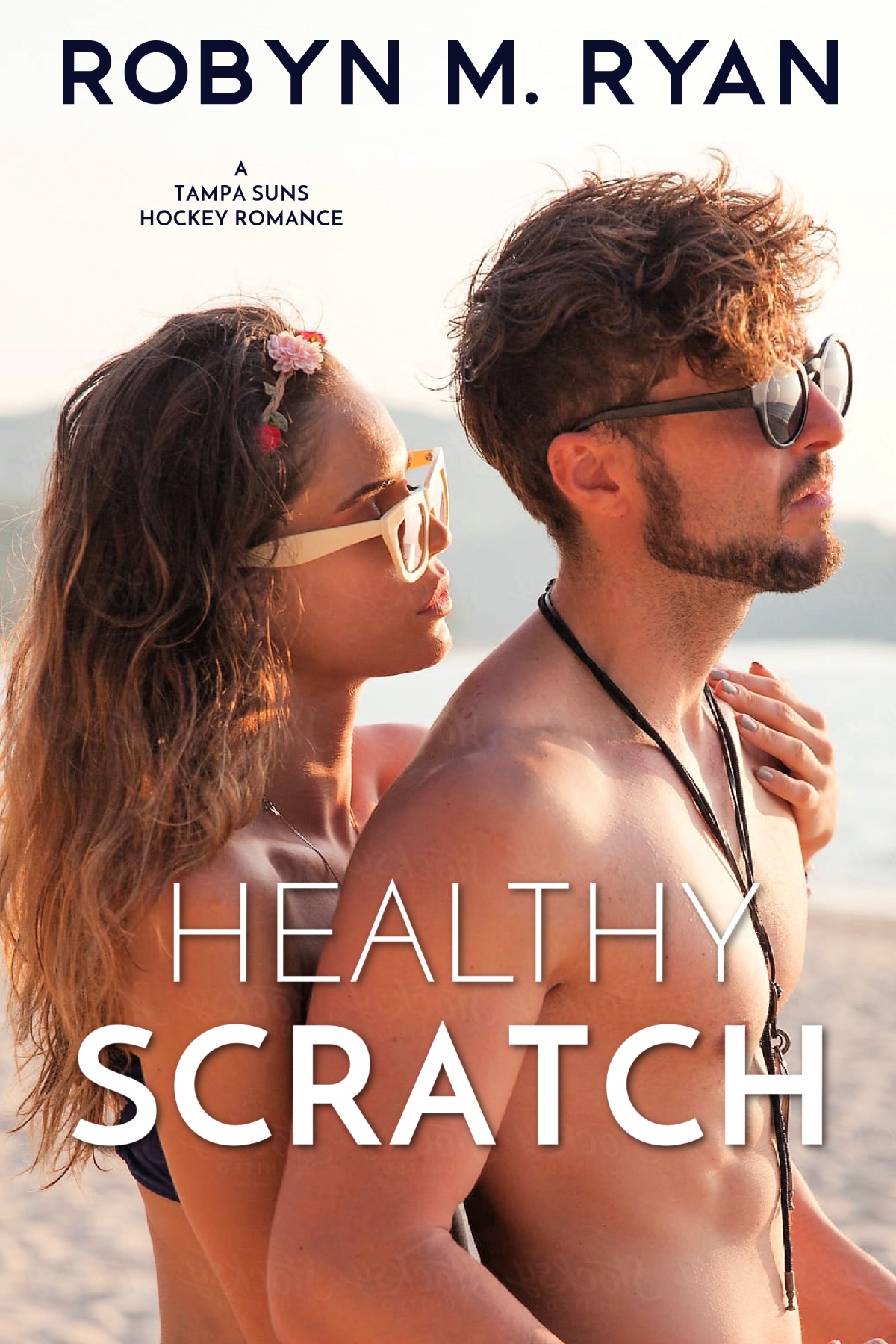 Relationships are not in Lauren Gentry’s playbook. The only kind she’s willing to consider are friends-with-benefits and even a red-hot and sexy hockey player like Dave Martin isn’t going to change that. Right? When those chocolate brown eyes threaten to melt her defenses she has to remind herself that demons from her past could rise up at any moment. Which is going to be pretty hard to do, since she loses herself every time they touch. Dave used to love the benefits that came easily to professional athletes; especially when they were in the form of puck bunnies who only wanted one night.

But when he meets the pint-sized girl with bewitching green eyes and sun-streaked auburn hair his outlook suddenly changes. He wants forever with Lauren. Now he just has to convince her. Can Lauren risk everything for the man she’s secretly been falling for? Or will her past stop her from taking a chance on love?

Healthy Scratch—book #1 of the Tampa Suns Hockey Series—is a standalone romance whose main characters’ lives are intertwined with those introduced in The Clearing the Ice Trilogy. You don’t need to read the trilogy to enjoy Healthy Scratch. The book stands on its own, promises HEA, and no cliffhangers! To heighten your enjoyment of the Tampa Suns Hockey Series, you may wish to read The Clearing the Ice Trilogy.

““I have to admit, I’m new to Robyn M Ryan, but that doesn’t mean I didn’t fall in love with her characters. I loved getting to fall in love with Dave. He was such an amazing man. In the beginning, he and Lauren had a mutually beneficial relationship. Lauren and her business partner are looking to relocate. When gets traded to Tampa, he decided to lay it all on the line.

I loved the woman Lauren is. I loved how she has overcome so much. She has a past, one that has influenced her and made her see the world, differently. This book deals with some pretty heavy issues. I loved how it helped Lauren in a positive. I also love how Dave helped to breakdown her walls.

I loved this book from start to finish. I loved getting to know these characters. I can’t wait to see what’s to come. Please check out this awesome book!”“

“A second chance romance with a twist!
Lauren and Dave had a fling when they lived in the same town. They went their separate ways, was it for the best? Lauren’s up bringing makes her struggle with being loved and having a relationship. Dave is a high profile hockey player and wants nothing more than to show Lauren that she is worth being loved. How will these two deal with the sudden onset of the fans dealing with this new relationship? Will Lauren be able to overcome her insecurities? This book has a great message about adult cyber bulling. You will not want to miss this story. My first book from this author and won’t be my last!“

“Forget romance. Healthy Scratch pulls back the blinders and exposes the mystery that is love. Ryan spotlights the tough moments, inspiring details and everything in between. What begins as a solid friendship becomes an expose’ on the emotional whirlwind known as love. Dave and Lauren pierce through the heart in stages, but leave their mark on the soul. Healthy Scratch is a WOW moment for the soul.“

“I gotta say, this book was everything and nothing like I expected. I could not put it down once I started it and did not want it to end when I got there.
Stand-alone, romance with a HEA. A captivating very well written read! An intense emotionally heartfelt story-line that grabs you right from the start keeping you engrossed and on edge throughout this beautifully written story!“