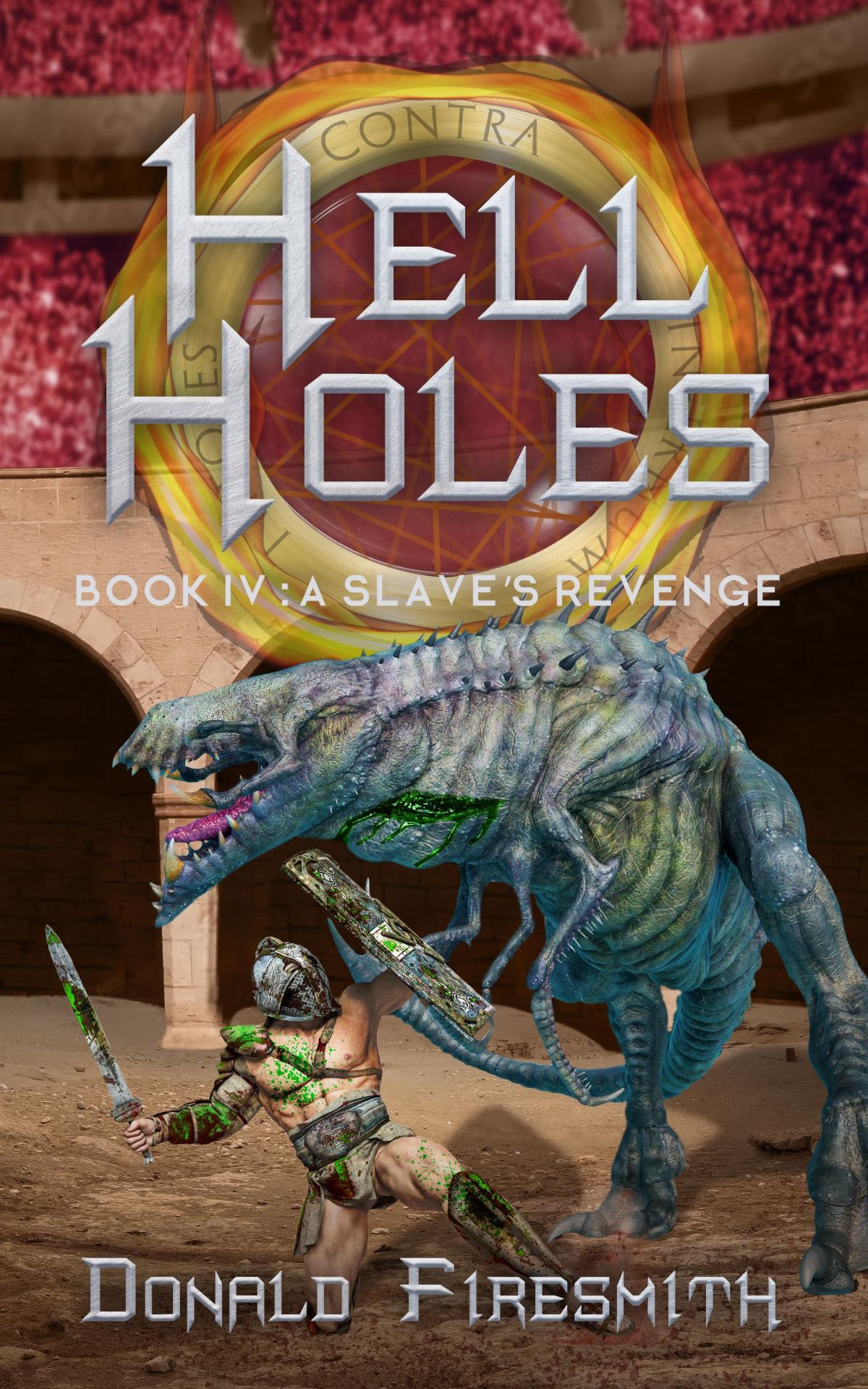 After killing his father, alien demons teleport a fifteen-year-old boy, his mother, and his sister to Hell, a nearby conquered world in the Demonic Empire. With survival far from certain, they have just two choices: to live as useful slaves or die as demon food. As the boy becomes a man, he must decide just how much he must collaborate with his demon masters to survive. But can he live long enough to take his revenge and regain his freedom without losing his humanity and his very soul?

“A superbly plotted dystopian thriller with a strong cast of characters. A FINALIST and highly recommended!“

“A great addition to the Hell Holes series! A Slave’s Revenge is an adventure – in fact, the whole series is. I fell in love with the first of the series and read all the others in one breath. This book answered so many questions I had, it is a prequel to the series. It was exciting, and I’m glad the author did it. An absolute must-read for the fans of Hell Holes and all the readers who enjoy quality, compelling books.“

“Readers receive a powerful, action-packed introduction to the series… Vivid color drawings of these monsters pepper the account… The unexpected injection of wisdom from various sources lends a philosophical tone to this survival story that gives Paul courage as he rises to the position (and dubious privilege) of being a slave that oversees others… Prior series readers will appreciate the attention to detail that flushes out both the invasion specifics and Paul’s youth and coming of age, while newcomers will find Hell Holes a fitting introduction to the books that follow… It’s a riveting read for newcomers and prior fans alike, highly recommended for horror and sci-fi fans, who will enjoy blends of both in a coming-of-age story like few others.“

“The author’s book blends science fiction with an action-based thriller into an entertaining and exciting read. With the momentum of Independence Day and a setting reminiscent of Total Recall, the novel carries readers through a brutal spacescape where psychological strength is just as vital as physical prowess. Paul is an insightful, strong narrator, and his conversational tone invites readers into the book. Paul’s narration is fast-paced, which also bolsters the action that occurs in the book. What will also attract readers is Paul’s strength in the face of intense adversity, especially as he resolves, “Should the demons dare attempt another invasion, we will be ready.” Readers of dystopian science fiction will appreciate this book, and those looking for a thriller that will keep them quickly turning the pages will need to look no further than this one.“

—
US Review of Books

“Firesmith pens a magnificent prequel to his Hell Holes Series. What I like about the story, besides the characters, the ultimate evil alien devils, is there are underlying plots, that are more than just part of the story, they are the story. This author has a great imagination, and I’m glad it’s being shared with stories. It is a very well-written story, and I enjoyed it. It is always a joy to read this author’s stories. A definite attention-grabber, so much I couldn’t put it down. It’s literally out of this world! Action-packed and it takes the reader on a superb journey. This read is more than just words on a page. Hell Holes 4: A Slave’s Revenge is a definite recommendation by Amy’s Bookshelf Reviews. I look forward to reading many more stories by this author.“

—
Amy's Bookshelf Reviews
Join The LitRing Tribe
I am a(n):
We use cookies on our website to give you the most relevant experience by remembering your preferences and repeat visits. By clicking “Accept All”, you consent to the use of ALL the cookies. However, you may visit "Cookie Settings" to provide a controlled consent.
Cookie SettingsAccept All
Manage consent