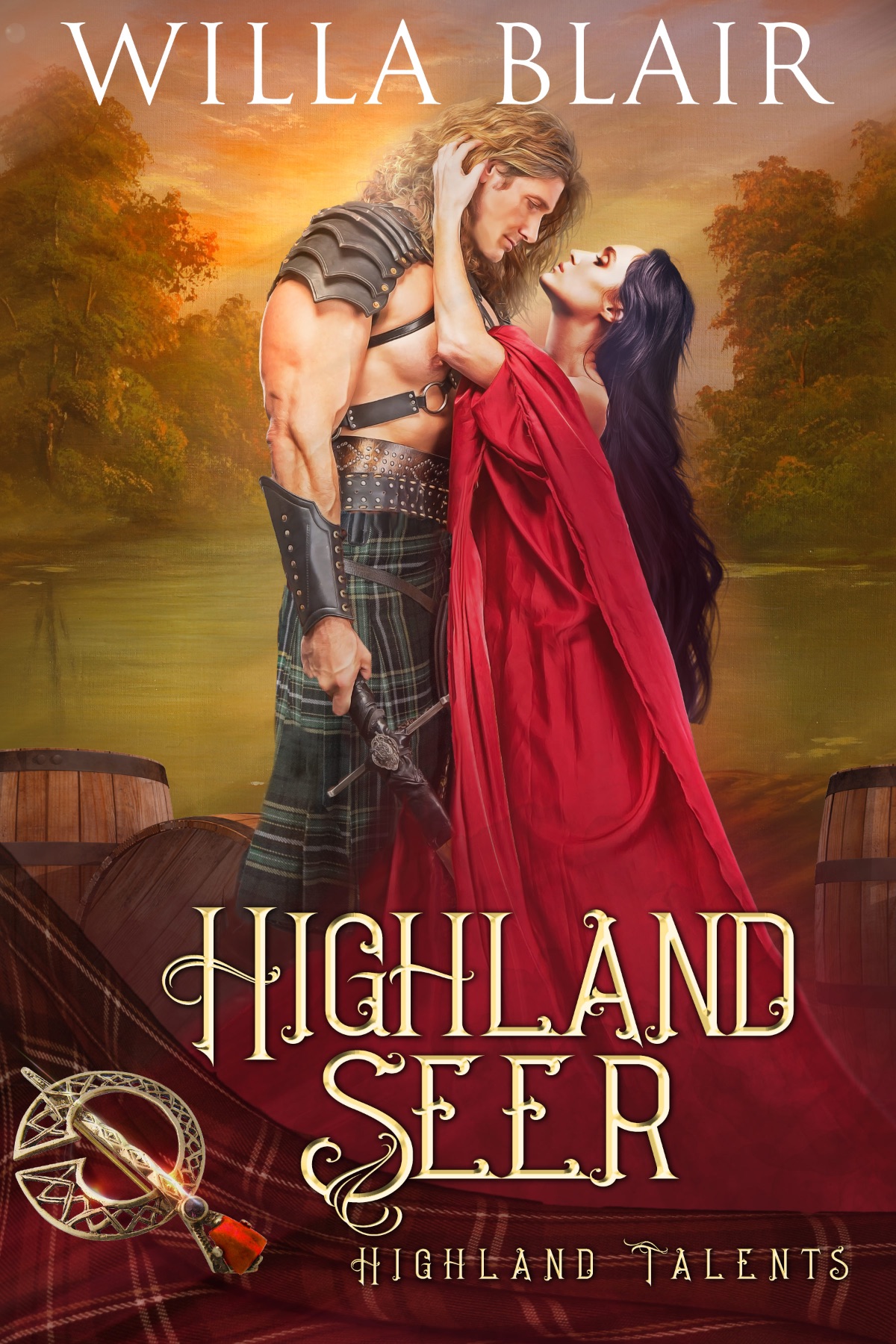 Donal MacNabb is loyal to his adopted Lathan clan, yet he resents being a pawn in their treaty negotiations with the struggling MacKyries. The MacKyrie clan needs his skills as an arms master, but its Laird is bartering for more than Donal is prepared to give.

Ellie MacKyrie knows the Lathan treaty will help protect her clan from the neighbor determined to seize her holdings any way he can--including forcing her into marriage. But she has another reason to want the Lathan alliance. She has Seen the stubborn Donal MacNabb reaching for her in her dreams.

While Donal fights to save a clan in trouble, his desire for the MacKyrie Seer wars with his obligation to his Laird. Before she is forced into a marriage that will destroy her clan, Ellie must find the heart behind Donal's gruff exterior and convince him he is the man of her dreams.

““Pure dead brilliant! Aye Laddies and Lassies, this is one of the most brilliant enticing Scottish Highland stories I’ve read in a long time.”“

““A medieval highland laird that is not only a seer, but a woman may seem unlikely, but Willa Blair has created a character that is both both vulnerable and strong in all the right ways. Set in the Scottish highlands, Highland Seer takes you on an exciting ride filled with twists, mystery, and romance. This is my favorite of the Highland Talents books so far.”“

““I was feeling some Outlander withdrawal between seasons and this was the perfect fix…The historical background and the authentic dialogue give the story an authentic flavor without being heavy handed. Definitely made me want to read the rest of the series.”“

—
Amazon Reviewer mammamia
Join The LitRing Tribe
I am a(n):
We use cookies on our website to give you the most relevant experience by remembering your preferences and repeat visits. By clicking “Accept All”, you consent to the use of ALL the cookies. However, you may visit "Cookie Settings" to provide a controlled consent.
Cookie SettingsAccept All
Manage consent