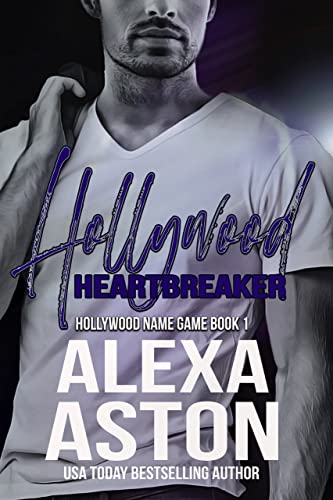 From USA Today bestselling romance author Alexa Aston comes a stunning new Contemporary Romance series. Read for FREE with Kindle Unlimited! Being late to an interview lands her the biggest job opportunity of her life. He may be rich and successful—but he’s just this side of miserable. Can a wannabe be The One for the biggest star in Hollywood? Cassie Carroll came to Hollywood with big dreams that never materialized. Acting isn’t even on the back burner anymore—it’s completely off the stove. Working for a third-rate agent, Cassie hopes to land a new job that will give her credibility, as well as help pay the rent. Late to her interview, she swerves to avoid hitting a dog—and totals the car of Hollywood’s leading action superstar. Surprisingly, she walks away from their encounter with a job—as the sexiest man alive’s personal assistant. Rhett Corrigan is bored with the movies he makes and the drop-dead gorgeous model he’s dating. He’s afraid that Hollywood has typecast him—and that he’ll never be able to break out of his action mold and try new acting challenges. When Cassie Carroll literally slams into his life, she brings a breath of fresh air and common sense to his world. She pushes him to be a better actor and a better man. Can these friends become lovers—and can their love survive—in a tabloid-happy town that thrives on rumors and backstabbing? Hollywood Heartbreaker is the first book in the Hollywood Name Game series. Each book in the series is a standalone story that can be enjoyed out of order. Series order: Book 1 – Hollywood Heartbreaker Book 2 – Hollywood Flirt Book 3 – Hollywood Player Book 4 – Hollywood Double Book 5 – Hollywood Enigma