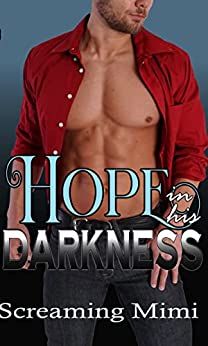 Hope in his Darkness

Have your read the Dark Leopards MC East Texas Chapter books? Do you want more? Well here you go! The Gorilla brothers were introduced in Rooster and Georgia's story, now they're getting a series all their own.
Sometimes, life doesn’t work out the way you want it to.
Sometimes, the person you think is your mate isn’t.
Sometimes, fate gives exactly what you need when you don’t want it.
This is one of those times….
Brody has tried running from the truth. He’s avoided going back to the place where her memory still lingers. Hoping that eventually the pain will fade. But a call from his brother pulls him back to where all the memories of the past haunt him. The night Hope walks into the bar, turns Brody’s world upside down. His gorilla knows as soon as she walks in that she belongs to them, but Brody’s still angry at fate. He still thinks he’s in love with someone else.
After losing her job, Hope’s father threatens to sell her to his friends to pay rent. She needs a new job and fast. When she pulls up to the bar Dark Moon and sees the ‘HELP WANTED NO NEEDED!’ sign it’s like fate is smiling down on her. Once she meets Brody it feels more like fate is frowning down on her. Even though she feels an unmistakable pull toward him, she refuses to give into it. Men are nothing but trouble with a capital T and Brody is their King.
Will Hope give into the pull she feels?
Will Brody give into fate?