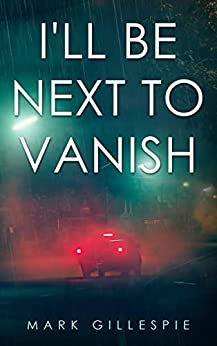 I’ll Be Next To Vanish

It’s been twenty-five years since Ryker Marshall’s car was found abandoned near Erskine Bridge, a notorious suicide spot in the west of Scotland.

Marshall, a world-famous rock star, had the world at his feet. Then in 1997, he vanished without a trace.

His body was never found.

Twenty-five years later. Charlie Lewis, Ryker’s best friend and former bandmate, is a ticking time bomb. His career is in the doldrums. His marriage is over and his sons would rather spend time with their mum and new stepdad. And as if all that wasn’t enough, Charlie’s just uncovered a sinister plot against him…

What happens when horrifying revelations, buried for years, finally come to light? Greed, paranoia, kidnapping and murder. And it’s all connected to the shocking truth about what happened to Ryker Marshall twenty-five years ago.

Will Charlie live to reveal that truth?

Or will he be the next to vanish?