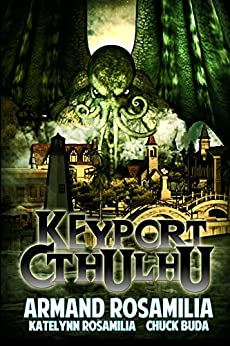 "The painting forced him to move back with such suddenness, he nearly fell over the side of the old wooden railing. It depicted a grisly scene, as if your worst nightmare had been splattered on canvas. Despite his mind screaming to look away, he could not avert his eyes" - Ancient

Set in the New Jersey fishing village of Keyport, where the Esoteric Order of Dagon has been planning for the awakening of the Deep One all these years…

Who can survive when Cthulhu rises?