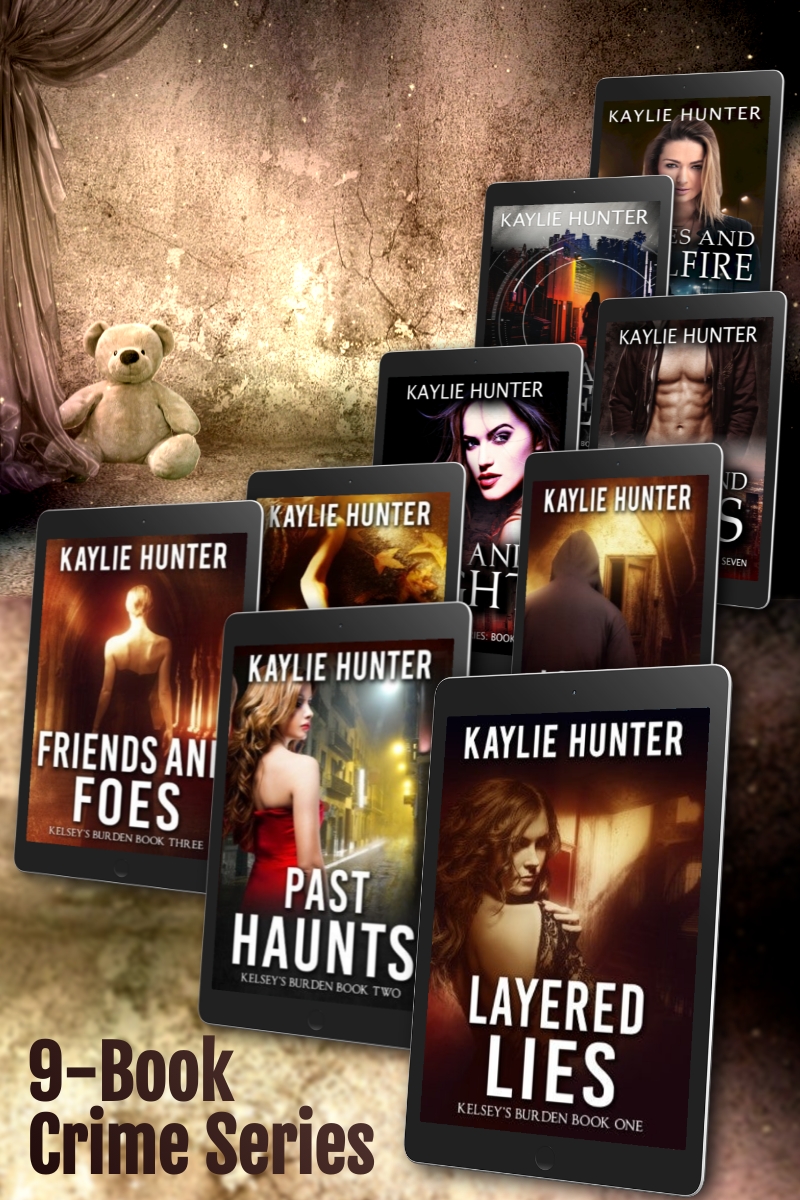 They took her son. And now she’ll hunt them down—one by one—until justice is served.

Ex-cop Kelsey Harrison gave up her badge, her career, and her friends when she moved back to Michigan. But it was all done to deceive her enemies. To convince them she’d quit hunting them. A cover story.

Because Kelsey won’t stop, can’t stop. Not after they took her son. And when she finds the people responsible, nothing will stand in her way from taking them down.

But with her new life, comes new friends. And Kelsey failed to predict the bond she'd form with her new found family: Lisa, Alex, Katie, Hattie, Sara, and Anne.

And when Lisa’s dark past threatens their lives, everyone’s counting on Kelsey to protect them.

But one wrong move, and it all comes crashing down.

A crime thriller layered in lies, love, laughter, and friendship with characters who'll remain with you long after the series ends.

Layered Lies is the first book in the Kelsey’s Burden crime thriller series. To enhance reader experience, we recommend reading this completed series in order.

“⭐⭐⭐⭐⭐ “…Layered Lies is a thriller to top all thrillers; it has everything. Guns, knives, fights, murder, family honor, brutality, and sex. All of it believable whilst you are reading, and who can ask more of a novel than that? Kaylie Hunter has written a winner, with a hook to book two guaranteed to turn casual readers into avid fans.”“