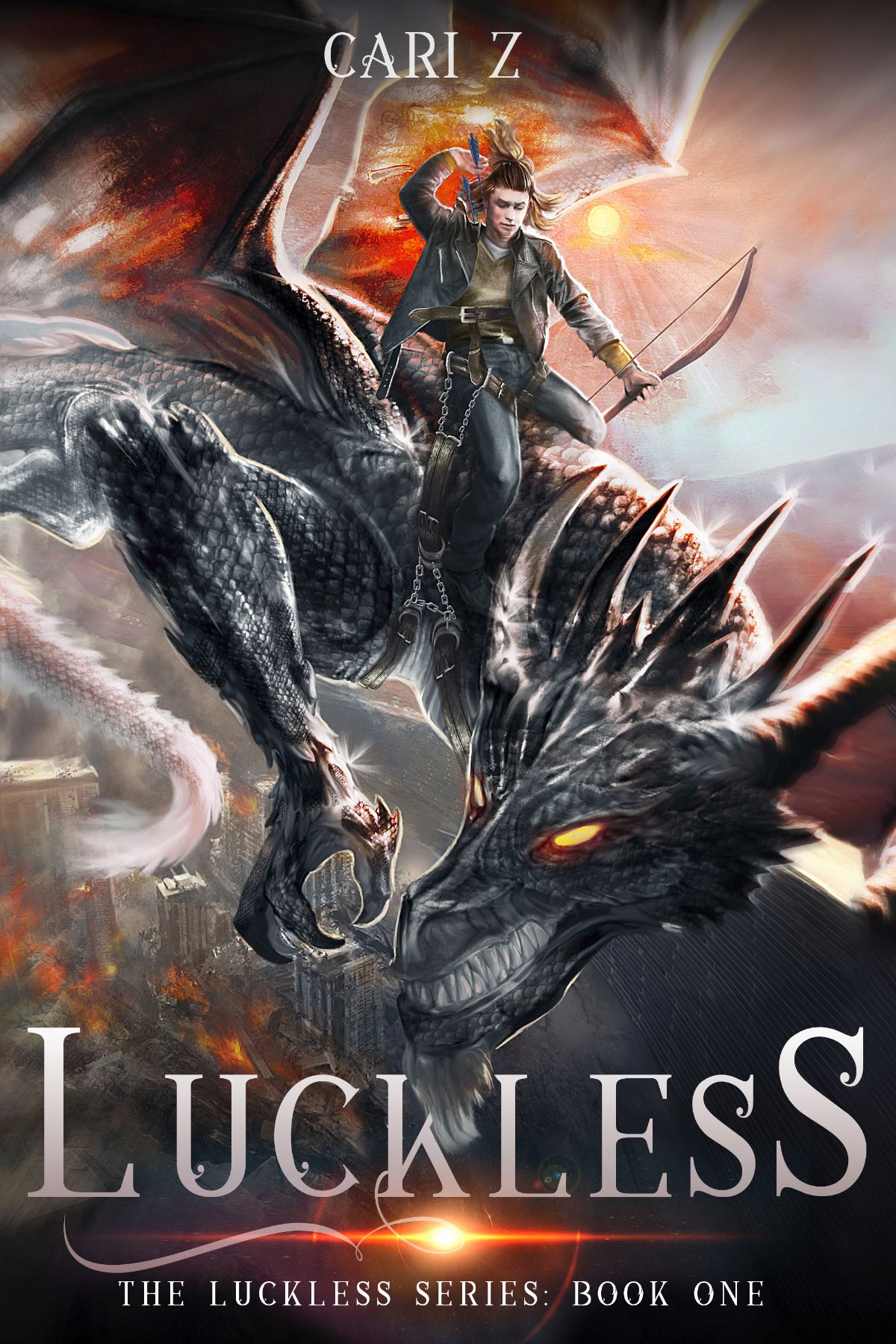 Evan Luck is a dragon rider with no dragon. Five years ago, his dragon gave her life defending the monster-ridden remnants of Marble, and ever since, his ability to connect empathically to another dragon had been as broken as his heart. Now he spends his days dodging his disappointed mayor, crafting arrows, fighting off the not-as-legendary-as-they-should-be beasts that’ve overrun America, and just trying to get by in the city of Forge.

But when he meets newcomer Lee Caldwell, Evan thinks his lonely luck might be changing. Lee is the only person in the city who doesn’t blame Evan for his dragon’s death, and he welcomes Evan into his own little family. There’s more to Lee than meets the eye, though, and between his refusal to talk about himself, pressure from the mayor to split them up, and a monster attacking the city’s foundations, Evan isn’t sure he’ll live long enough to learn the truth.

But not learning the truth will almost certainly be fatal, both to Evan and Lee’s budding relationship, and to the entire city.

“For such a compact fantasy story, this was fairly spectacular. This was a great read, and one M/M fantasy lovers should not miss.“

“Wow! This story is pure perfection! And with dragons!“