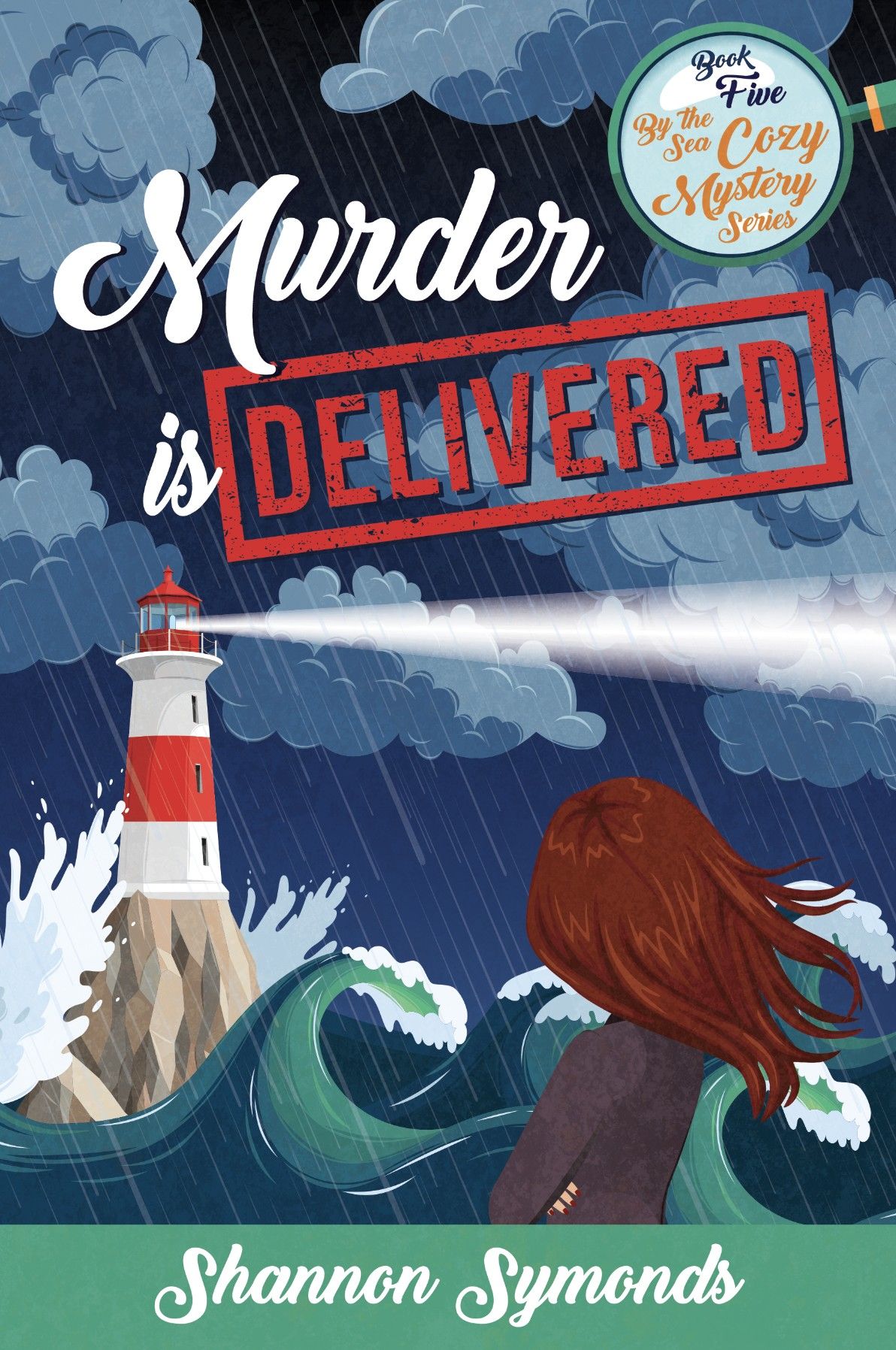 Would you rather eat school lunch alone, or be locked in with a killer?
Esther and Sophie didn't know there would be a multiple-choice test when they arrived at the ancient library of Oceanside High, or that the person with the answers would die when breakfast was served.

When the school board meets, the girls learn they are arguing about tearing down their beloved Victorian school and replacing it with a modern structure outside the Tsunami zone. But, before the board casts the final vote, two of Esther's friends become suspects in a murder investigation. To catch a killer and save their friends, Esther and Sophie join the board for a weekend retreat in a haunted house.

No one could have predicted how the vote would go, or that a storm that would trap the girls with a killer, while another breakfast was about to be served.

If you like Nancy Drew and Agatha Christie, you will love Esther and her best friend Sophie in, Murder is Delivered, Book #5 of the By The Sea Cozy Mystery Series.

I have read all of the series except number 4.
Esther grows to trust a little more in each book.
This book involved a lot of risk.
Esther, Sophie and their very close friends solve another mystery together.
Family oriented series filled with Love, Trust, Risk, and Growth.
Esther, who was a victim of abuse learns that life has many many lessons along it’s bumpy road.

I was given a copy of this to review. I Loved it!!!!!! I’m hooked! I want to read them all.😊
Shannon’s bio is phenomenal. What a hero to so many people. She sounds Amazing. A gift from God❤️🙏
View this book’s reviews on Amazon“

“Murder is Delivered: Book 5, By the Sea Cozy Mysteries
These books just keep getting better!
August 19, 2022

I love a good cozy mystery. This series of them by Shannon Symonds just keeps getting better. I love her characters. And the quirky little town of Necanium they live in.

This book starts off with a bang as a creepy character is murdered during their breakfast. Except the police think he died of natural causes. And they don’t even want to look into what may have happened. That leaves Esther, Sophie and their friends to try to figure out what happened.

I love that Esther and Sophie are not afraid to do what needs to be done. There are tons of parts in this story where the two of them are in danger. And that’s usually because they’ve put themselves into a dangerous situation.

I really loved how Esther has to learn about herself in this book. She recognizes that she has a hard time trusting. And that she should be able to trust those around her. But she’s not quite sure how to fix that about herself. I felt like she learned at least a little in the ending of this book.

I loved this one! And I can’t wait for more!

I was sent an e-copy of Murder is Delivered as a gift from the author. All opinions are my own.“

“We all knew an Esther & Sofia in Highschool!
September 10, 2022
The Principles been killed! And the story kicks off with a great cozy who-did-it mystery!“

—
BookCrazy
Join The LitRing Tribe
I am a(n):
We use cookies on our website to give you the most relevant experience by remembering your preferences and repeat visits. By clicking “Accept All”, you consent to the use of ALL the cookies. However, you may visit "Cookie Settings" to provide a controlled consent.
Cookie SettingsAccept All
Manage consent