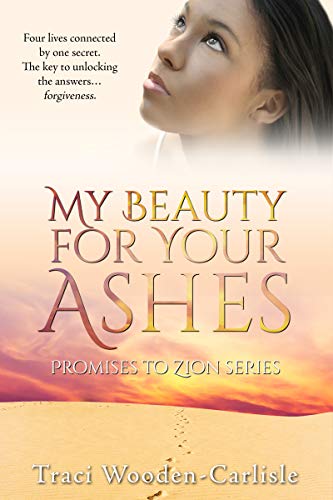 My Beauty For Your Ashe

Paige spent nearly a decade working through then overcoming the traumas of her childhood. Now, as a beloved elder in her church who values her relationship with God above all else, she has learned to love herself and looks forward to what life has in store for her.
Still, she finds herself unprepared for the challenge she's faced with when a door from her past is flung open, spilling secrets even she was unaware of.

Elder Brandon Tatum is looking forward to his new ministerial career in the City of Angels. The last thing he has time for is dealing with his feelings when it comes to stubborn, golden-eyed beauties who haunt his dreams.

A secret uncovered by a near fatal accident.
Widower Mason Jenson’s top priority is his daughter, Vivian. When a near-fatal accident jeopardizes her livelihood, his search for a living donor brings him face to face with a beautiful, golden-eyed woman who looks oddly familiar.

Vivian’s grandmother, Victoria Branchett, would also do anything to ensure the health of her granddaughter, Vivian. Anything except leave her in the hands of the man she believes is to blame for her daughter’s death.

As the years of secrets binding these four together begin to unravel, will they overcome their anger and prejudices to find the peace and love they have long desired?