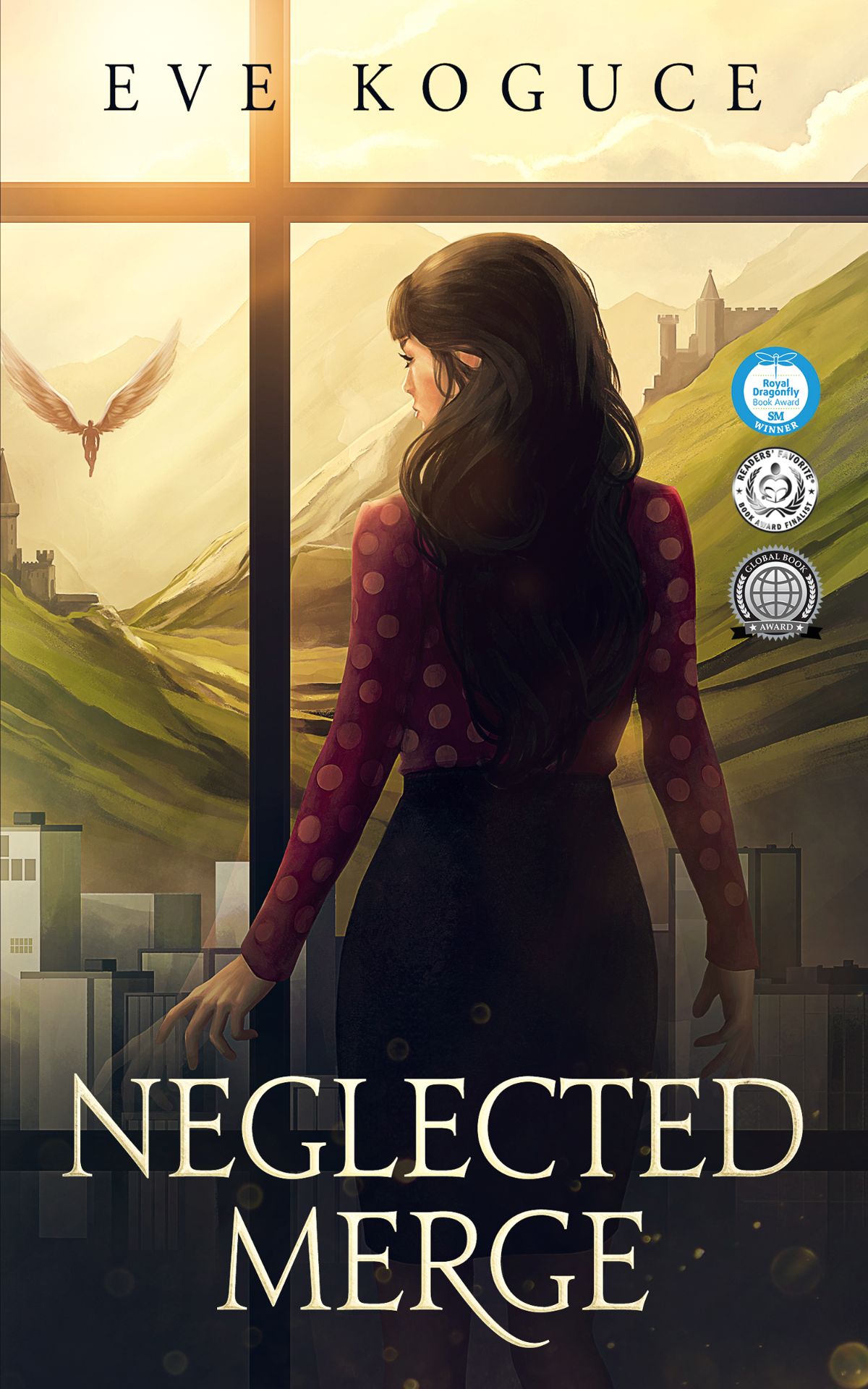 Award-winning novel “Neglected Merge” is an inspirational thought-provoking futuristic romance. The story of fated lovers developed against a backdrop of a new post-apocalyptic world painted in bright tones. A fortuitous meeting of Tauria, an independent woman living in one utopian-style world, and Doron from high society of the other world, is destined to be the new beginning for both worlds

Tauria, aged 32, lives in the society that seems to believe that happiness is a universal concept. People, who had survived the near-apocalyptic experience, have built a whole new world full of pleasure and easiness. It is designed to make everyone feel happy every minute of their lives. Work brings satisfaction, hobbies are encouraged, relationships are supposed to bring out only positive emotions. Does it matter that things that don’t fit into the general happy pattern get discarded and disappear? Things like friendship and commitment. Things like true love. It is supposed to be enough with lightness and never-ending joy.

But there are two worlds now. They are forced to exist side by side. Can they find a way to live together?

There aren't any magical elements or creatures in the Neglected Merge fantasy saga. No vampires, fairies, or mages. The Neglected Merge trilogy is about the ways the world we live in could evolve if it was almost shattered by an apocalyptic event. It is about the paths we take – as nations and as individuals. And the wings mark the differences between people that often separate them both physically and in their minds.

Join the two nations – the Wingless and the Winged Ones – on the road to finding common ground. Join the royalty of the Winged Ones in their journey of exploring the world of passions they have been taught to despise. Imagine the utopian lifestyle of the Wingless full of pleasure and easiness, designed to make everyone feel happy every minute of their lives. Meet those who have found themselves unsatisfied and restless while everyone around them seems to be accepting the general course as a gift. How long does it take to change the world? And in the end, who will be the victim and who will enjoy a happy ending?

The Chinese proverb says: “When the winds of change blow, some people build walls and others build windmills.”

What will the people of two worlds, so utterly different and at the same time so similar, choose?

Silver Medal in the 2021 Global Book Awards in the Science Fiction / Fantasy category;

““Though I am not usually a fantasy fan, this book had me hooked”“

““The storyline revolves around true romance, and the fiction sways with social issues, politics, and inequality”“

““…the author created an amazing set of characters, very well-developed, put into an intricate narrative structure leading to an amazing story line”“

““An out of the ordinary futuristic fantasy romance”“

““Their love story is truly bewitching”“

““Don’t hesitate to spread your wings and fly into this amazing novel if you want to become a part of the diplomatic mission in the fantasy world full of love, betrayal, hatred, and controversies”“

““There are few books which I can say with certainty that I will read again, but this is one of them”“

““I absolutely loved this book, and its characters, and I cannot wait for a sequel that is sure to come”“