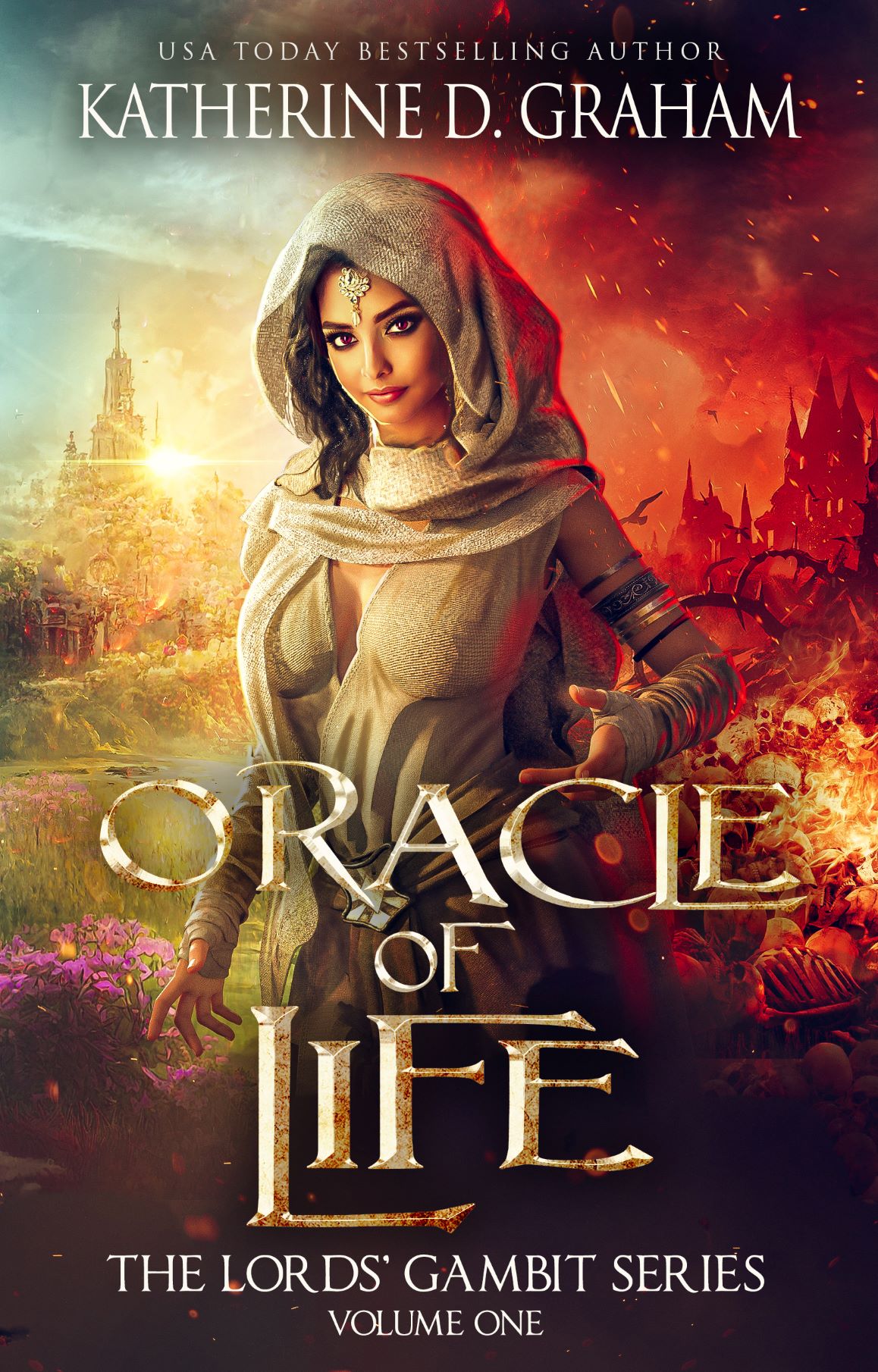 Six fallen lords. Three vengeful goddesses. And one mortal, damned to prophesy for them all.
An Exiled Oracle

Nariah, the Heiress of Ellonai, is dead. An exiled, desert-dwelling Doomsayer is all that remains within the shell of the powerful princess she once was.

She isn’t sure which of her visions her people hate more: the one where the three benevolent goddesses they serve have decided to destroy the world, or the vision of six lords falling from the skies to save them.

The World’s Only Hope

Stumbling across the very lords she’s been seeing in her visions for years, only Nariah’s accursed gift of Sight can aid the lords in their rebellion against the goddesses, and determine the fate of her world before it’s turned to ash.

But does she even want to save those who’ve wronged her?