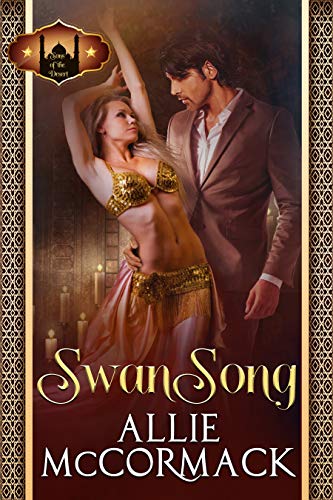 Sons of the Desert Series
| Book 1

Sarah Pendleton was born into a life of wealth and privilege, raised in the shadow of her famous soprano mother and her father, an equally famous composer. Shy and retiring, and treasuring her anonymity, Sarah has left behind the world she grew up in to make her own life in the coastal town of Santa Barbara, California.

A visiting University professor of Arabic literature from the small oil-rich country of Taqara, Khalid Al Mansour is the eldest son of an ambassador and an independent American artist. He's never settled down in one place, but that's because he's never found what he wanted... until one evening he sees the lovely bellydancer at a small, smoky cafe downtown.