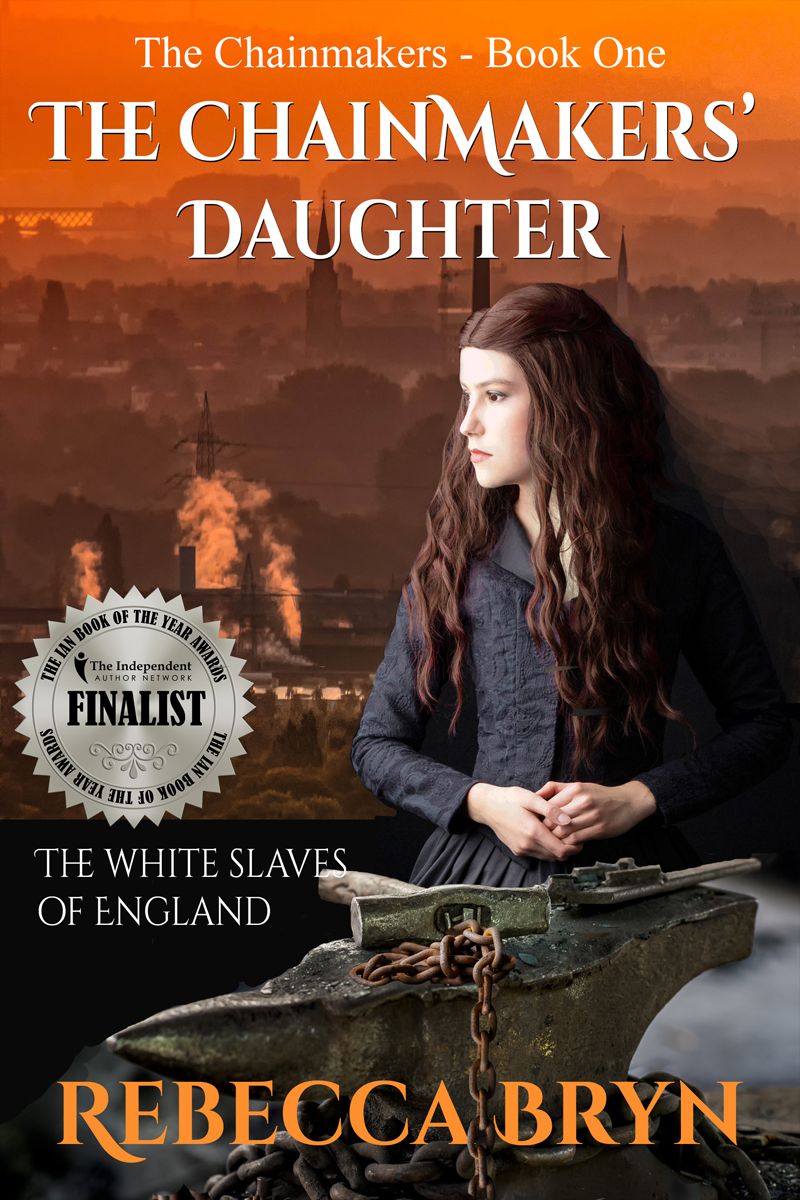 “Some make chains. Some wear them.” Rosie Wallace survives on three slices of bread a day. Scarred by flame and metal, she makes her life as her ancestors have: making chains for the rich chain master, Matthew Joshua. There is no hope for a better future. No hope even for a green vegetable on the table. Her life will be making chains, marrying Jack, the boy she loves, and babies every year. But when an assault by the chain master’s son threatens the very fabric of her tenuous existence, Rosie finds the courage and the reason to fight for her own survival and the lives of her family and neighbours. Set in the first decade of the 20th century The Chainmakers’ Daughter is a haunting portrayal of abject poverty, ever-present death, and modern-day slavery. The Chainmakers' Daughter is set in England, the Black Country from 1901 - 1910. Rosie is the eldest daughter of chainmakers, learning her trade at her mother’s side. Pay for women is poor, and despite working ten or twelve hours a day, starvation wages keep the chainmakers in abject poverty, while the chain masters reap the profit. Hearing that in London, agitator and socialist, Mary Macarthur, is lobbying parliament to end sweated labour, Rosie writes to her, begging her help in their desperate plight, but can one person unite the women chainmakers of Hawley Heath to strike for a living wage and defeat their rich and powerful chain master, who refuses to pay the legal wage? Can the white slaves of England defeat the chain master, or will Rosie's ill-considered liaison with the chain master's son lose her the man she loves and possibly end her life on the gallows? A Victorian/Edwardian political social drama, The Chainmakers' Daughter exposes the living conditions of working-class women and girl's in the early 1900s. Mary Macarthur, a socialist and the first woman to stand for parliament, founded the Anti-Sweating League, the National Federation of Women Workers, and was instrumental in getting the 1910 Wage Board Act and a legal minimum wage into law. It was a fight that took many years and culminated in the women chainmakers' strike of 1910, a strike that lasted two months. A family saga, this is the story of the fight of ordinary working women for a fair day's pay for a fair day's work that paved the pay for a national minimum wage and equality for women.

“A fantastic story based on a mixture of fact and fiction in England in the early 1900’s. It follows the life of a resilient young girl born during exceptionally hard times. The family all pull together, working for a pittence but barely survivng. Rosie wants better pay for women and is committed to lifting families out of deprivation and poverty. Her strength and determination takes her on a compelling journey, overcoming rape and betrayal, to achieve the milestone of fair pay.
The author depicts a story full of drama, endurance and hardship, but with an overwhelming family spirit that is never broken. The vision created by this talented author is easily captured in your imagination as she draws you in to the great divide between wealthy and destitute families and the arduous task to drive for greater profits or just to make ends meet. Beautifully written with a passion and stoic attitude that is transformed into each of the characters, easily visible in their beliefs and actions. Very much looking forward to reading the next in this trilogy.“

—
Karen Inkle
Join The LitRing Tribe
I am a(n):
We use cookies on our website to give you the most relevant experience by remembering your preferences and repeat visits. By clicking “Accept All”, you consent to the use of ALL the cookies. However, you may visit "Cookie Settings" to provide a controlled consent.
Cookie SettingsAccept All
Manage consent