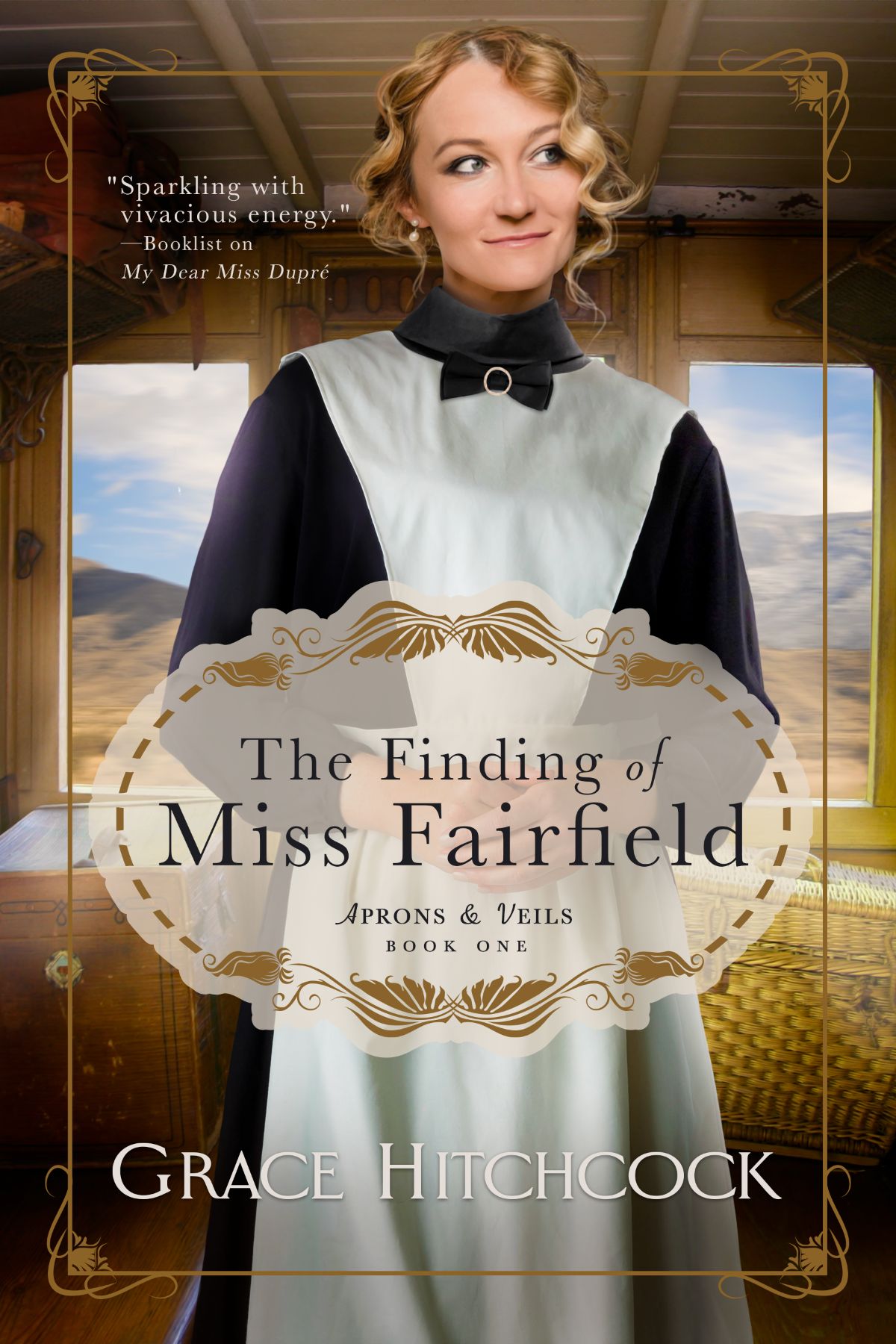 The Finding of Miss Fairfield

Forced into a betrothal with a widower twice her age, Charleston socialite, Sophia Fairfield is desperate for an escape. But, while her fiancé is away on business, he assigns his handsome stepson, Carver, the task of looking after his bride-to-be. Much to her dismay, Sophia finds herself falling in love with the wrong gentleman—a man society would never allow her to marry, given Sophia was supposed to be his new stepmother. The only way to save Carver from scandal and financial ruin is to run away, leaving him and all else behind to become a Harvey Girl waitress at the Castañeda Hotel in New Mexico.

Carver Ashton has had his life planned out for him since birth, but when he encounters Sophia Fairfield, he glimpses a new life—apart from his overbearing stepfather's business. But, when the woman he loves disappears before he can express his devotion, Carver abandons all to find her. However, his stepfather has other intentions for Sophia and will stop at nothing until she is his bride . . . even if it is against her will.

"Sparkling with vivacious energy, this romance launches Hitchcock's American Royalty series. . . . Fans of the TV's The Bachelorette will adore this historical spin on competitive courtship that features all of the glitz, glamour, and drama that the Gilded Age brought to New York City's elite." Booklist on My Dear Miss Dupré

"To the modern reader, the plot of this book is reminiscent of the popular reality show, The Bachelorette. In what is a unique take, author Grace Hitchcock has combined the modern with the old fashioned by setting her book at the height of America's Gilded Age. . . .Overall, the book is amusing and entertaining, a relatively quick read. The characters are interesting and possess great depth." Historical Novels Review on My Dear Miss Dupré

"In 1893 Chicago, the World's Fair brings excitement to residents and visitors, and danger to a group of young ladies in this rousing solo debut novel [. . .] Hitchcock keeps the pace quick and tension high as the characters face dangers both physical and emotional. Readers will enjoy the snappy dialogue, vivid depictions of the famous World's Fair, and the surprising historical details." Publishers Weeklyon The White City

"Her Darling Mr. Day is a delightful and charming romantic romp. Grace Hitchcock has created wonderful characters who face mystery and adventure while falling in love. I know my readers will find this novel as endearing as I did and highly recommend it." Tracie Peterson, bestselling author of the Ladies of the Lake series

"Grace Hitchcock does an excellent job of weaving history of the era and Louisiana region into the romance with well-drawn characters, who came alive in their first scene and stole their way into this reader's heart. A gutsy heroine with determination to spare, trapped in society's rules of the day, had me cheering for her from the beginning.Her Darling Mr. Day kept me reading when other things needed doing." Lauraine Snelling, bestselling author of the Red River of the North series

"Delightfully original! Set during the glittering Gilded Age, My Dear Miss Dupré is a captivating story that will charm readers from the first page until the last. Grace Hitchcock is a writer to watch!" JEN TURANO, USA Today Bestselling Author