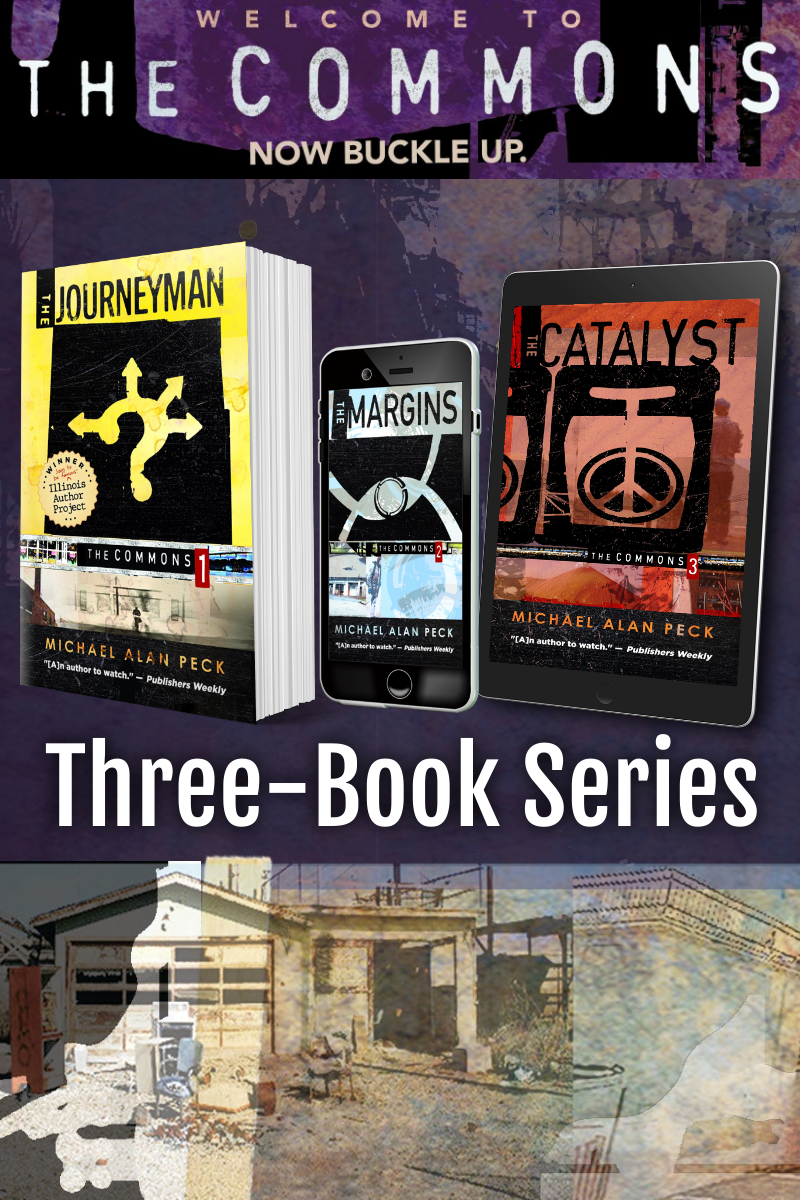 The Journeyman (The Commons #1)

“Paul Reid died in the snow at seventeen. The day of his death, he told a lie—and for the rest of his life, he wondered if that was what killed him.”

And so begins the battle for the afterlife, known as The Commons. It’s been taken over by a corporate raider who uses the energy of its souls to maintain his brutal control. The result is an imaginary landscape of a broken America—stuck in time and overrun by the heroes, monsters, dreams, and nightmares of the imprisoned dead.

Three people board a bus to nowhere: a New York street kid, an Iraq War veteran, and her five-year-old special-needs son. After a horrific accident, they are the last, best hope for The Commons to free itself. Along for the ride are a shotgun-toting goth girl, a six-foot-six mummy, a mute Shaolin monk with anger-management issues, and the only guide left to lead them.

Three Journeys: separate but joined. One mission: to save forever.

But first they have to save themselves.

The Journeyman is the first book in the Commons urban-fantasy series. For the best reader experience, we recommend reading this award-winning series in order.

Book 1: The Journeyman
Book 2: The Commons
Book 3: The Catalyst

“Peck weaves a concept of the afterlife that’s equal parts action and allegory into this intense debut novel…[A]n author to watch.“

“A brilliantly written and deeply philosophical odyssey into an afterlife where the essence of human souls are the primary currency…[T]he result is a piece of hefty literature that manages to be thoughtful, frightening and at times, funny.“

“The bottom line was that this was one of the most enjoyable reads I’ve had in ages.“

—
Ray Nicholson, Amazon Top 1000 reviewer
Join The LitRing Tribe
I am a(n):
We use cookies on our website to give you the most relevant experience by remembering your preferences and repeat visits. By clicking “Accept All”, you consent to the use of ALL the cookies. However, you may visit "Cookie Settings" to provide a controlled consent.
Cookie SettingsAccept All
Manage consent