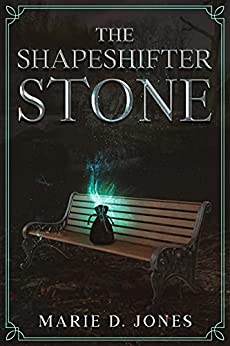 Zookeeper Noah Hartman spends most of his life at Cloverdale Zoo tending to the wild creatures he loves, especially a sickly white swan named Lyra. His only human friends are fellow keeper Calvin Hobbs, and his sweet next-door neighbor Jennie Gordon, who is secretly in love with Noah. His mother is dying in a nursing home, and his sister is too busy being a Hollywood star to pay him any attention.

Then Noah finds a velvet pouch left by a mysterious old woman. Inside is a stone etched with animal shapes, and a spell that turns animals into humans. Noah tries the spell on Lyra and she emerges from the pond a beautiful, heartbroken woman pining for her lost love, a black swan named Onyx who was taken to another zoo.

Noah vows to reunite Lyra with Onyx, but his plans are derailed when he and Calvin discover their shifty zoo director is illegally selling wildlife for canned hunts. Noah needs proof fast, for his newest black wolf, Alec, is next to be sold. Noah rounds up his animal allies in human form and they concoct a dangerous plan to save Alec.
Some will live, some will die, some will find freedom, some will find true love, but all will be forever changed because of the stone, the spell, and the courage of one man who follows his destiny.

““One of the most imaginative tales I have read in quite some time. Black Wolf, Whit Swan is presented as a fable. It has humor, a hesitant romance, magic, drama, suspense, interesting and diverse characters (both human and non-human), and of course, animals. After all, the primary setting is a zoo, where the keepers truly care for their charges, and do everything they can to protect them. Oh, and a happy ending. An easy fun read that holds your attention from beginning to end. Another testament to the author’s ability to create various forms of prose, fanciful and factual.”“

—
JÃ²ska TakÃ cs
Join The LitRing Tribe
I am a(n):
We use cookies on our website to give you the most relevant experience by remembering your preferences and repeat visits. By clicking “Accept All”, you consent to the use of ALL the cookies. However, you may visit "Cookie Settings" to provide a controlled consent.
Cookie SettingsAccept All
Manage consent