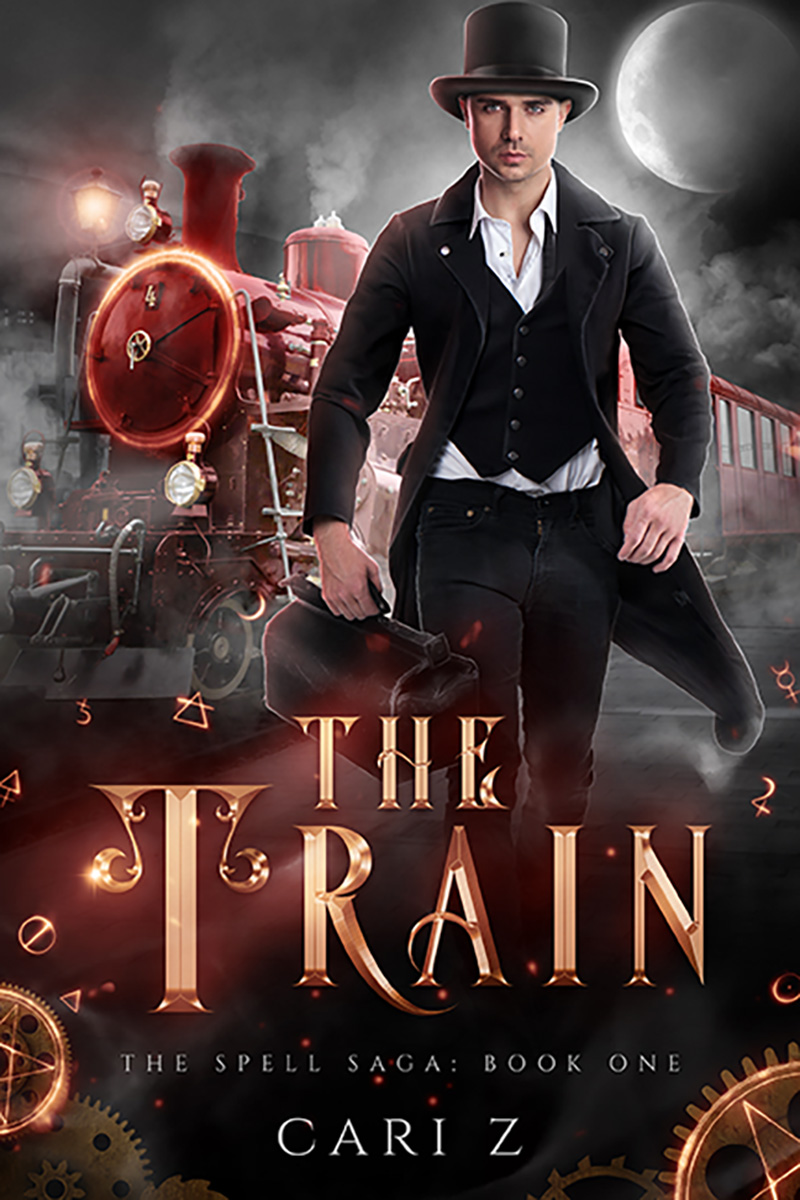 The Train: The Spell Saga Book One

Anton Seiber, journeyman thaumaturge, has finally escaped his dead-end job identifying bodies in the morgues of London. He’s off to seek a brighter future…or he would be, if he hadn’t just been robbed, mugged, and turned away from the only train that will help him reach that future on time.

A random meeting turns into a fight for his life and gifts Anton with two things: a knife that always kills whatever it stabs, and the chance to assume the identity of the man who just tried to kill him and board the train in his place.

He wasn’t counting on being found out by a lumière, one of the French emperor’s most powerful and intriguing spies. He wasn’t betting on a murder being committed on the train, or on being asked for his help identifying the culprits. He wasn’t asking to be drawn into a web of simmering insurrection, and he certainly didn’t want to find Lord Lumière so irresistible, but there’s no denying it.

Perhaps Anton will even tell him so…if he survives to the end of this journey.