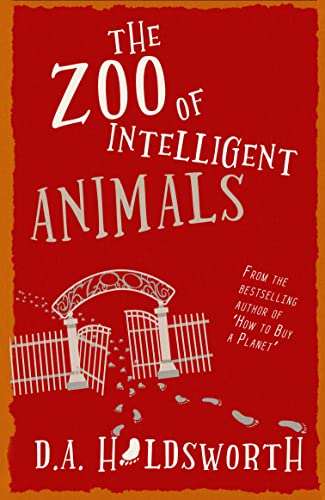 The Zoo of Intelligent Animals

Year of the Silver Jubilee, the Sex Pistols – and a spate of unexplained disappearances from across the academic world.

Elizabeth Belfort, a young agent with a high-flying career and a low-flying marriage, is urgently dispatched to bring in an elusive government informant.

But she soon finds herself drawn into the mysterious world of this informant and his family as they embark on a rescue mission. New horizons and new loves start to overturn her well-ordered life. Before long, she is travelling across galaxies to confront an alien race, who’ve taken a special interest in planet Earth and its primary intelligent species. They’ve even made a special home for some of them.

Fast-paced, thrilling and inventive, The Zoo of Intelligent Animals is the prequel to the bestsellingHow to Buy a Planet. Offering the same combination of satire and adventure, this novel is perfect for fans of Matt Haig, Neil Gaiman, or Erin Morgenstern.