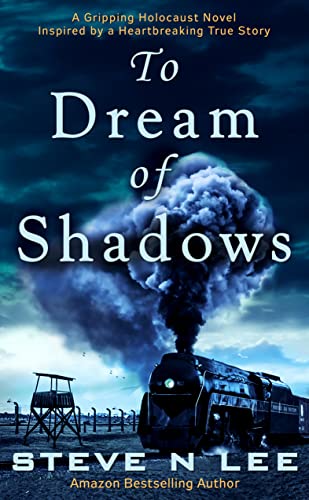 To Dream Of Shadows : A Gripping Holocaust Novel Inspired by a Heartbreaking True Story

One of the greatest true love stories never told.

Following Germany's invasion of Czechoslovakia, Eva Zaleska loses her home, her family, her future. Imprisoned in some godforsaken hellhole, she battles through month after month of torturous labor while praying for liberation by the Allies. But rescue never comes. And her dream of surviving the war dies.

However, a vicious winter brings more than just deadly cold — it brings the faintest glimmer of hope in the most surprising of forms…

In a startling act of kindness, SS Sergeant Rudolf Kruse reveals his true nature. Eva sees a last chance to survive and snatches it.

What develops is one of the greatest love stories never told.

But the Reich is watching. And what the Reich doesn’t like, it exterminates…

Inspired by a previously untold true story of forbidden love, To Dream Of Shadows is an epic tale of courage, sacrifice, and compassion in the face of all-consuming evil.

For fans of Beneath a Scarlet Sky, The Tattooist of Auschwitz, Schindler's List, and The Nightingale, To Dream Of Shadows is one of the most extraordinary, heartwarming, heartbreaking, and heroic tales of the Holocaust: the story of a love that refused to die.