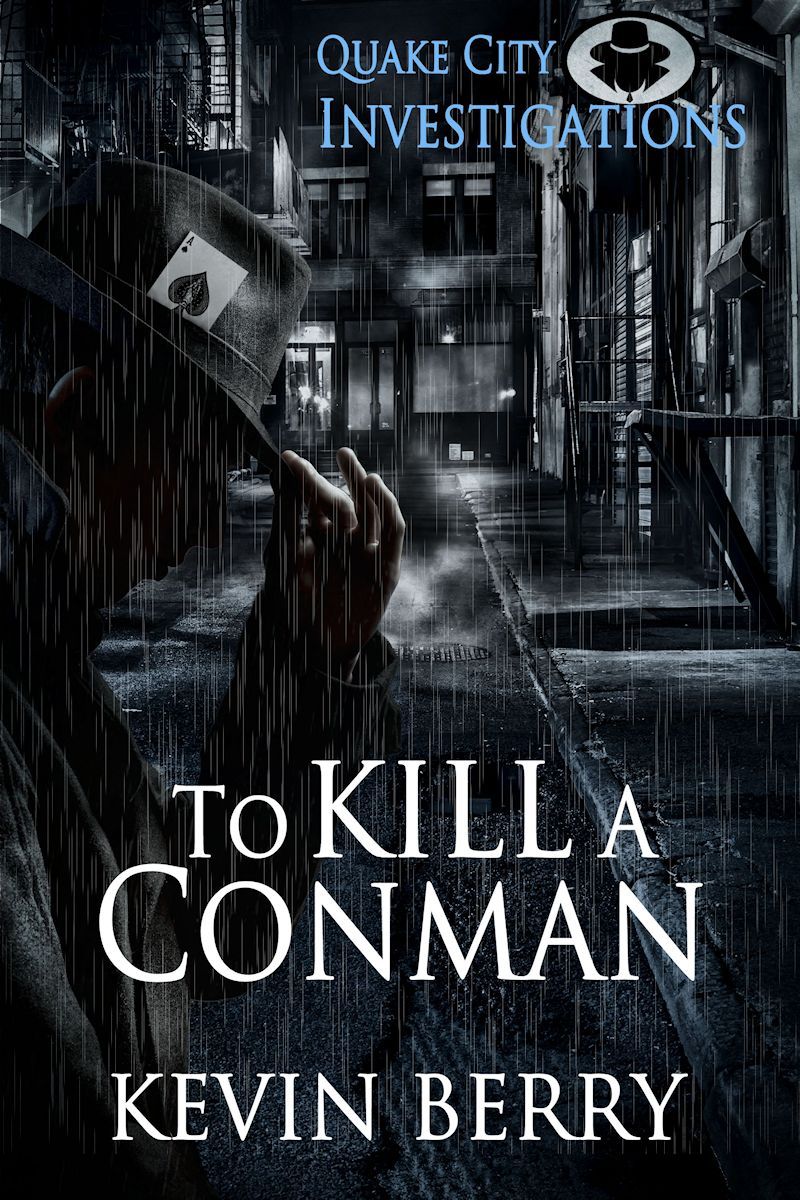 To Kill A Conman

Stuart Baker makes a lot of dough from conning people. He always has a scheme or a scam on the go. His enemies outnumber his friends, but Baker doesn’t care about that. Crime pays too well.

His new girlfriend suspects his money is dirty. A business rival wants to take over his club. Baker’s latest victims want revenge.

Private investigator Danny Ashford is closing in on the scammer who hacked his bank card. But he also has another problem—his new neighbour asked him to have a word with her sleazy boss. Determined to help her out and give the man a scare, Danny’s about to discover that telling hardened criminals to lay off is not as easy as he thought it would be.

Broke and desperate, Danny doesn't think his life can get any worse. Then Baker is found murdered, and Danny becomes the main suspect.

With the help of sassy reporter Deepa Banwait, Danny must prove his innocence before the police lock him up and throw away the key…

TO KILL A CONMAN is a gripping contemporary crime noir mystery that will keep you hooked right up to the dramatic conclusion.

““An adrenaline-filled page turner, where everyone has a motive for murder and no one is whom they seem.”“

““Fans of the genre will definitely enjoy this one. It’s adventurous, has a bit of humor, well-developed, interesting characters, and plenty of unexpected twists.”“

““I find the best part of a detective novel is often the characters. This is particularly so with PI novels where they always seem to be gritty and overly complex and packed full of regrets. I’m happy to report this is very much the case in To Kill a Conman. The bad guy, Stuart Baker, is thoroughly evil – but in a delightfully intriguing way – and the hero, Danny Ashford, is not only broke but he’s the suspect in the conman’s murder! What follows is a compelling murder mystery written by an author who knows how to keep the reader guessing all the way to the very end.
“In terms of the writing style, it’s rather workmanlike,which fits well for this genre. The author tends not to overly describe the characters or setting but prefers to keep the plot moving with plenty happening and plenty of dialogue. Also, I’m delighted to report that the editing seems to be spot on – I didn’t spot a single error!
“All in all, this is a cleverly plotted murder mystery, and I’m very happy to recommend it to any reader who enjoys this sort of book. The author is a very capable writer who knows how to develop his often rather broken characters whilst, at the same time, never straying too far from the plot. This is a gripping, contemporary PI novel; if that happens to be your sort of thing, you won’t go too far wrong with To Kill a Conman.”“

—
The Wishing Shelf
Join The LitRing Tribe
I am a(n):
We use cookies on our website to give you the most relevant experience by remembering your preferences and repeat visits. By clicking “Accept All”, you consent to the use of ALL the cookies. However, you may visit "Cookie Settings" to provide a controlled consent.
Cookie SettingsAccept All
Manage consent