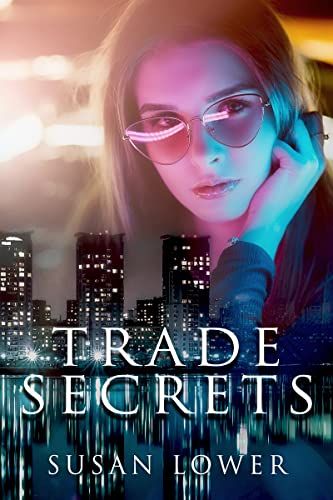 Milena, the daughter of a billionaire tech tycoon, prefers decoding files to figuring out men. But when someone tries to steal information from her and kills her driver, she must turn to the one man who claimed he would always protect her.

The bodyguard her father fired.

Nash Dunford, a personal security guard turned full-time construction worker, has Milena to blame for his current position. She claims to be in danger. But after hearing her story, and no proof of a body, he’s better off not getting involved.

Moving on from the job proves as impossible as leaving the tycoon heiress. With danger knocking on his door, Nash gets all the proof needed to protect Milena. She’s different from other women and not for the money. Someone is intent on getting what they want. More than her company’s trade secrets are at stake and they won’t stop chasing her until they get them. Nash has a plan that might save them, but more dark secrets will come to light.

“Stealing cooperate technology just got more personal. A wonderful twisty plot and interesting characters, lots of action, and a bit of romance in a book that will definitely have you hooked.“

“Buckle up because from the very first chapter, this fast paced novel has you racing to figure out what is happening!“

“This book is gripping, captivating and draws the reader in with lots of intrigue action and suspense and succeeds in keeping the reader on the edge of their seat, captivated and with baited breath.“

—
Texas Customer
Join The LitRing Tribe
I am a(n):
We use cookies on our website to give you the most relevant experience by remembering your preferences and repeat visits. By clicking “Accept All”, you consent to the use of ALL the cookies. However, you may visit "Cookie Settings" to provide a controlled consent.
Cookie SettingsAccept All
Manage consent