Time travel took Tabitha and Milt to places they could never have imagined….
Now it seems the very things that cemented their bond will also drive a wedge between them emotionally. Travel to the future, discovery of a long-lost, troubled family member, and an unplanned baby all have taken a toll. Tabitha struggles to accept her new identity as a mother while remaining a strong, independent woman. She longs for a getaway, even a short one, but that getaway puts her on a collision course with danger.
Milt is busy trying to prevent a horrible future disaster at the hands of an enemy he has not yet met. While concerned, Milt doesn’t even suspect Tabitha’s plans, the very plans that will have her facing Milt’s nemesis.
Tabitha risks it all on a brief escape. How will she handle the unforeseen dangers she faces and make her way back home? How far will Tabitha and Milt go to prevent tragedy?
**This book reads will on its own or as a follow up to the first in the Detours in Time series. 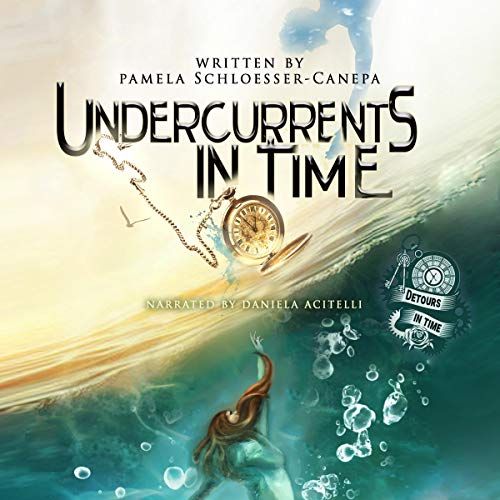 ““..this is a thrilling science fiction adventure! While it is mostly from Tabitha’s point of view, I liked escaping the present with her. She’s a wonderfully complicated character, so different from myself. Her reasoning and the resulting consequences make this a page turner.”“

““A unique take on a woman dealing with drastic changes in her life and a fun mix of realistic marital conflict and out of this world time travel excitement. Surprises galore.”“

—
Henry, Amazon Reviewer
Join The LitRing Tribe
I am a(n):
We use cookies on our website to give you the most relevant experience by remembering your preferences and repeat visits. By clicking “Accept All”, you consent to the use of ALL the cookies. However, you may visit "Cookie Settings" to provide a controlled consent.
Cookie SettingsAccept All
Manage consent