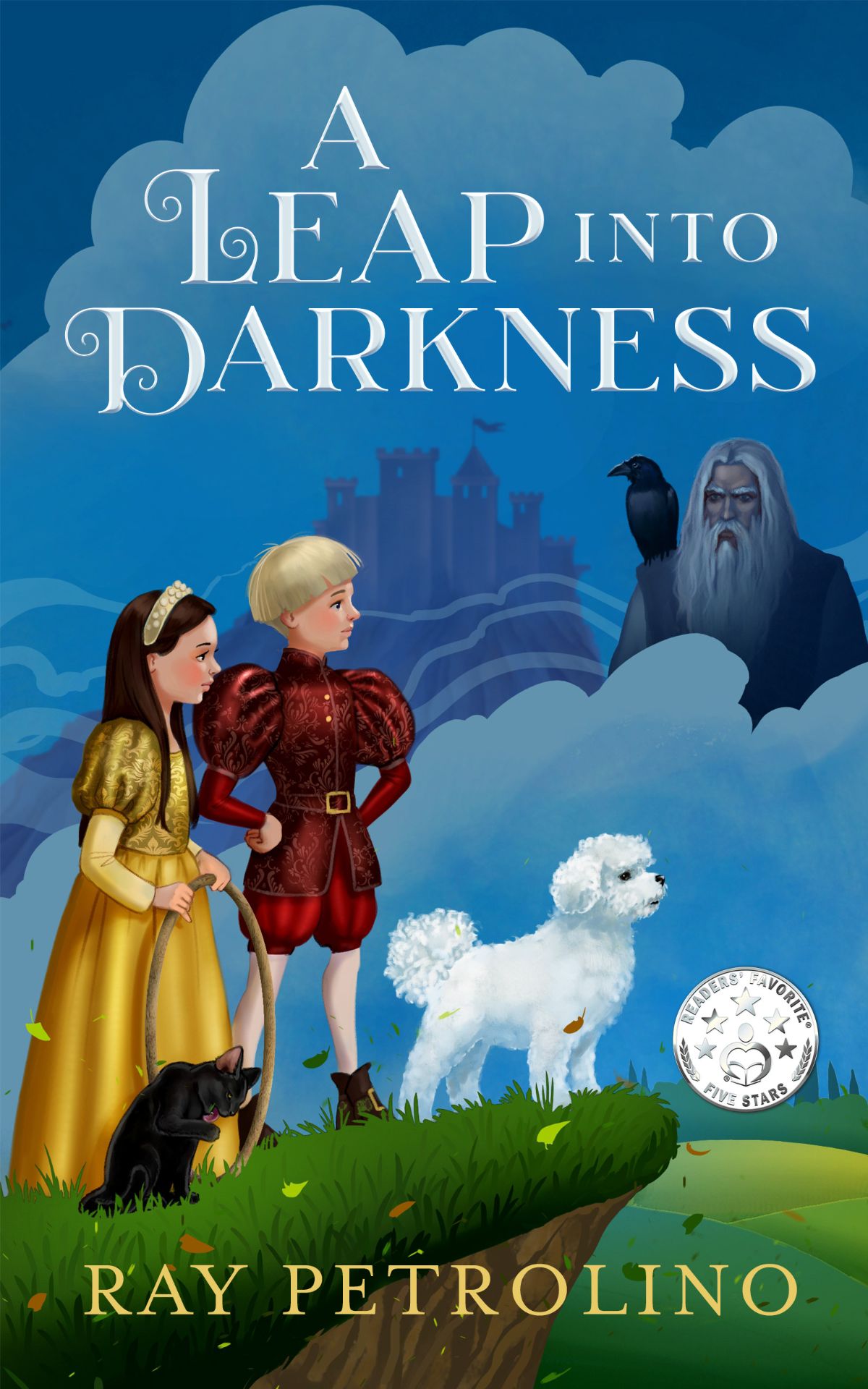 A Leap into Darkness

Jake is a fluffy little dog who just happens to be one of the Sculptor's "wise ones" . . . but nobody's told him. He's certain he's ordinary, and he knows he doesn't deserve living in a rags to riches fairy tale where he’s been rescued from his hardscrabble life by the King of Gorseland and pampered and loved by his two royal children, Janice and James.

But the good life is threatened with the arrival of the sorcerer, Beezeldorn, and his raven. Beezeldorn is a seeming charlatan: a crowd-pleaser with his sleight-of-hand and cheap spectacle. But his power from dark magic runs deep, on display in town when he heals a leper.

The queen senses the danger and pays for her instincts with her life.

Jake knows something is wrong, but what can he do? Beezeldorn is always one step ahead, moving into the castle, earning the king’s confidence, and befriending James. Even Janice is drawn to him.

Perfect for fans of C.S. Lewis’s The Chronicles of Narnia and S.D. Smith's The Green Ember.

“A Leap into Darkness is an enjoyable and exciting read about a thoroughly enchanting little dog.“

“Ray Petrolino’s middle-grade novel, A Leap into Darkness, is an epic fantasy that will capture the hearts and imaginations of both young readers and the young at heart.“

“A Leap into Darkness is a tale woven with care and love. It is a tale of betrayal, trust, family, love, loyalty, friendship, and adventure! The deeper I got into the story the harder it was to put the book down!“

“With a suspenseful plot and likable characters, A Leap into Darkness by Ray Petrolino is a must-read.“

—
Readers' Favorite (5-star review)
Join The LitRing Tribe
I am a(n):
We use cookies on our website to give you the most relevant experience by remembering your preferences and repeat visits. By clicking “Accept All”, you consent to the use of ALL the cookies. However, you may visit "Cookie Settings" to provide a controlled consent.
Cookie SettingsAccept All
Manage consent