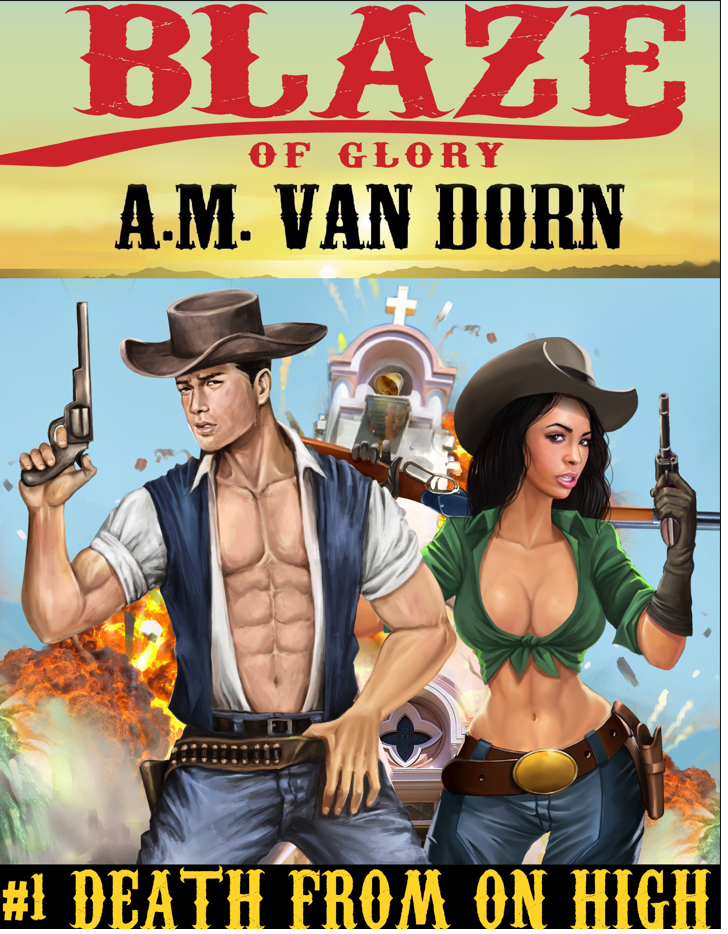 BLAZE OF GLORY#1 DEATH FROM ON HIGH

A REBELLION ON THE RISE…
A ruthless takeover that could destabilize the borderlands.

And a sultry and dangerous gunrunning Mexican beauty…

“Tell me more about Montoya, sir.”

"She's been running Winchester rifles across the Rio Grande to Chavez, who is little more than a bandit chieftain calling himself a revolutionary. This jackal operates down by the provincial capital, Joya del Cielo," the man, Murphy, continued as he dusted off his clothing from his trip to the ground while eying Blaze. "In fact, according to our intelligence, he's just been waiting for this last shipment to start a full-scale revolution to seize the province."

Under the guise of revolutionary fever, Dejesus Chavez will stop at nothing to seize power slaughtering innocent men, women and children in his lust to rule all.

Thrust into this cauldron of danger and deception Blaze must use whatever means necessary to end the menace of the rising tyrant Chavez.

Journey now alongside Kit and Jim as they attempt to stop the madman’s dreams of conquest, even if it means almost certain death, as they fight to thwart his audacious scheme promising to rain DEATH FROM ON HIGH.