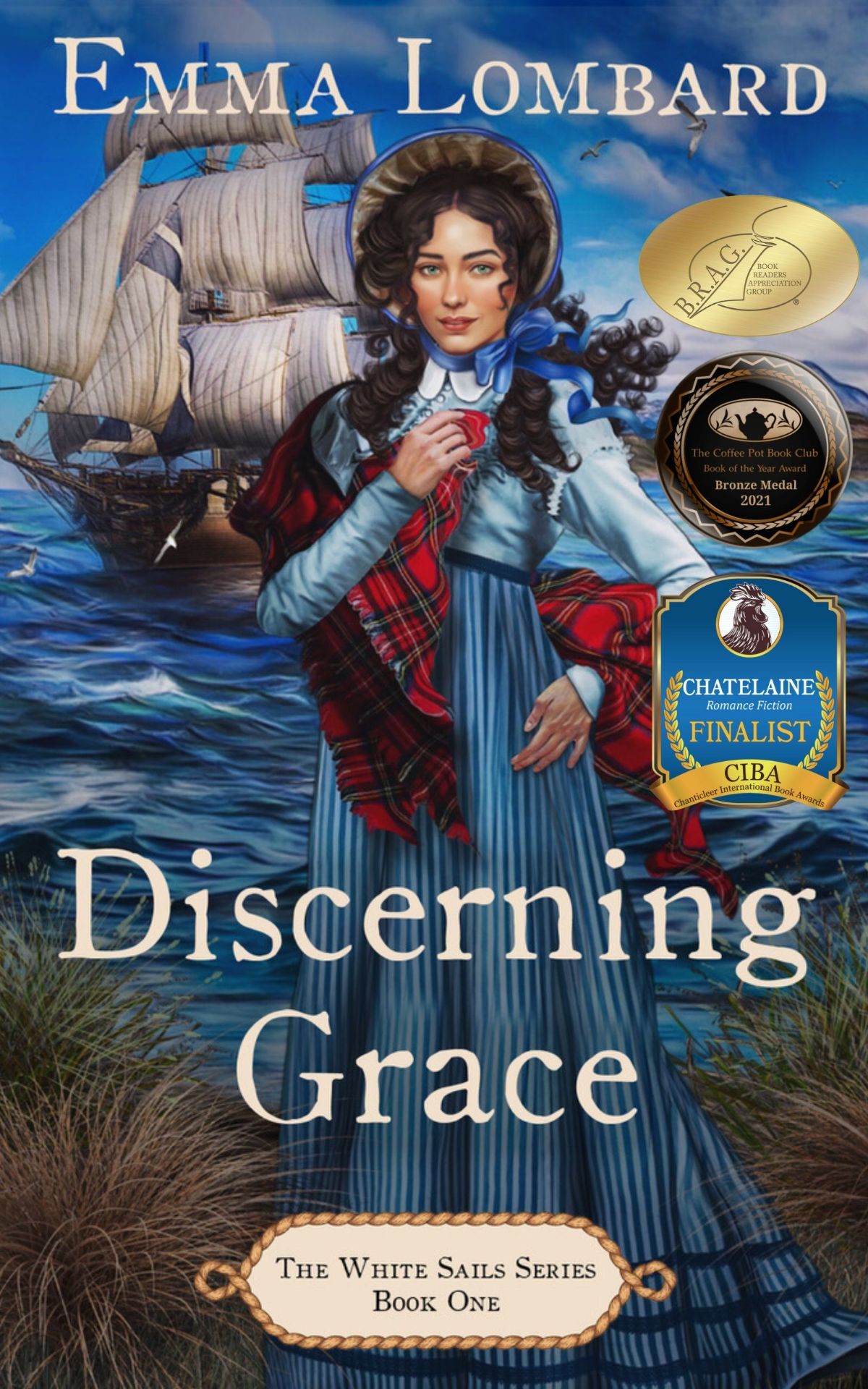 As the first full-length novel in The White Sails Series, DISCERNING GRACE captures the spirit of an independent woman whose feminine lens blows the ordered patriarchal decks of a 19th century tall ship to smithereens.
Wilful Grace Baxter will not marry old Lord Silverton with his salivary incontinence and dead-mouse stink. Discovering she is a pawn in an arrangement between slobbery Silverton and her calculating father, Grace is devastated when Silverton reveals his true callous nature.
Refusing this fate, Grace resolves to stow away. Heading to the docks, disguised as a lad to ease her escape, she encounters smooth-talking naval recruiter, Gilly, who lures her aboard HMS Discerning with promises of freedom and exploration in South America.
When Grace's big mouth lands her bare-bottomed over a cannon for insubordination, her identity is exposed. The captain wants her back in London but his orders, to chart the icy archipelago of Tierra del Fuego, forbid it. Lieutenant Seamus Fitzwilliam gallantly offers to take Grace off the fretting captain's hands by placing her under his protection.
Grace must now win over the crew she betrayed with her secret, while managing her feelings towards her taciturn protector, whose obstinate chivalry stifles her new-found independence. But when Grace disregards Lieutenant Fitzwilliam's warnings about the dangers of the unexplored archipelago, it costs a friend his life and she realises she is not as free as she believes.

“With adventure running thickly through her veins, Grace Baxter is not a woman content with afternoon tea and scones! She would rather chance a life at sea than put up with the gossiping, judgemental, and unforgiving society that Victorian London offers. The White Sails series promises adventures on the high seas, bursting with action, suspense, and a dash of romance.“

“Written for women seeking naval adventure, Discerning Grace provides a different perspective from most, especially those written by men. Lombard ably showcases how a woman might carry off her disguise and her research is spot-on.“

—
Historical Novel Society
Join The LitRing Tribe
I am a(n):
We use cookies on our website to give you the most relevant experience by remembering your preferences and repeat visits. By clicking “Accept All”, you consent to the use of ALL the cookies. However, you may visit "Cookie Settings" to provide a controlled consent.
Cookie SettingsAccept All
Manage consent