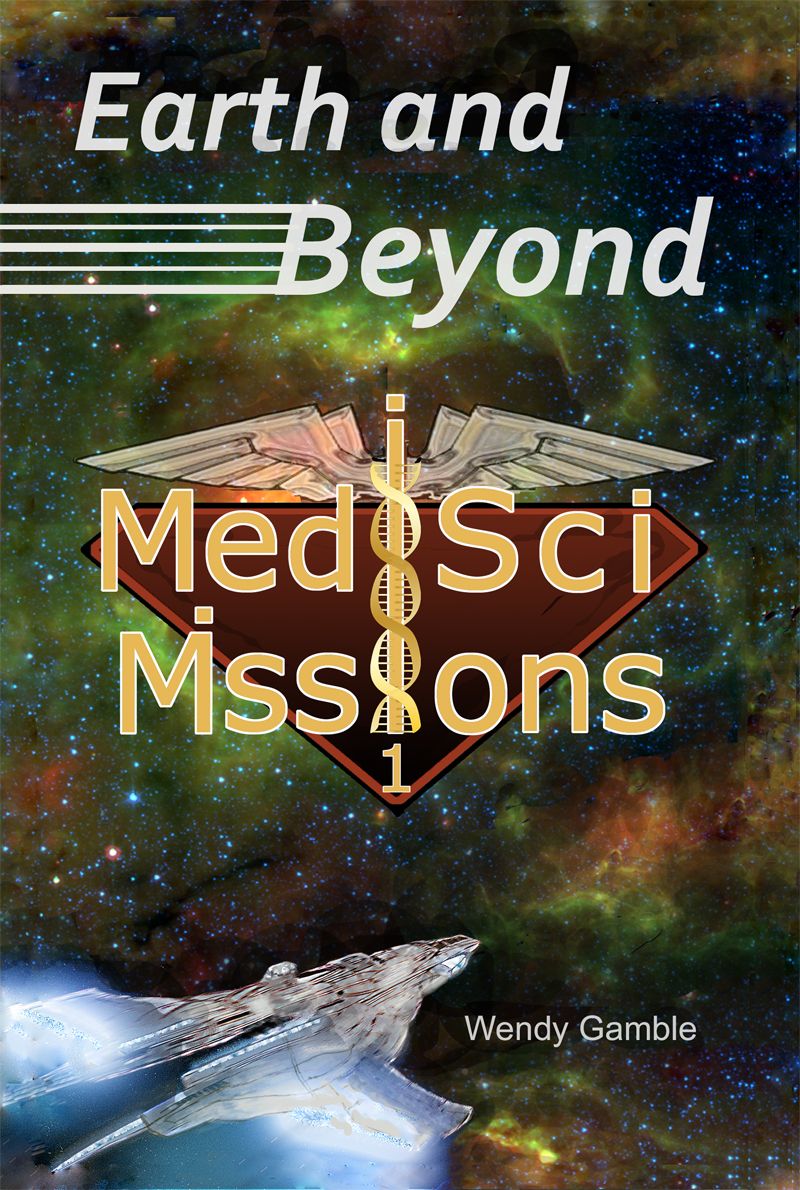 Earth and Beyond (MedSci Missions 1)

Earth is at peace…then an alien infection changes things.
An engineer creates a revolutionary engine to launch the world's hope for salvation into distant space.
A crew of Earth’s top talent face never-before-seen adversity as they search for a cure for humanity.

Earth had achieved a semi-utopia until aliens destroyed the peace. After a bizarre robot occupation leading to all-out war, humanity was left with a deadly alien pandemic. Their possible salvation lies in a team brought together to search for a solution beyond the stars.

An ambitious Ambassador heads up a mission to cure the medical crisis. A war hero Captain is at her side as they launch a dangerous deep space drive invented by a possibly unstable genius. The revolutionary ship carries mission specialists collected from around the world including an all-star surgeon pushed beyond Earthly skills, a security head with all-too deadly martial arts skills, and a scientist willing to risk it all for a solution.

As their journey into deep space begins, they encounter obstacles and battles of wills as they strive to survive the harsh and not-so empty space on the way to their distant goal. Together, the hand-picked team deals with technical problems, illness, personal issues, and secret elements of Earth’s warring bio-tech ideologies as they kick off their mission to save Earth.

“Well written, with interesting characters and an intriguing plot“

“This is a very interesting book…I strongly recommend you read this amazing MedSci Missions.“

“Extremely well written…the novel displays an amazingly wide knowledge of science, of human
psychology, of yogic practices and of what could exist beyond the known galaxy.“

“I really enjoyed this book. Very futuristic and I would like to see some of the gadgets become reality. The characters were interesting, each having their own secrets, quirks and beliefs.“

—
Book club veteran
Join The LitRing Tribe
I am a(n):
We use cookies on our website to give you the most relevant experience by remembering your preferences and repeat visits. By clicking “Accept All”, you consent to the use of ALL the cookies. However, you may visit "Cookie Settings" to provide a controlled consent.
Cookie SettingsAccept All
Manage consent