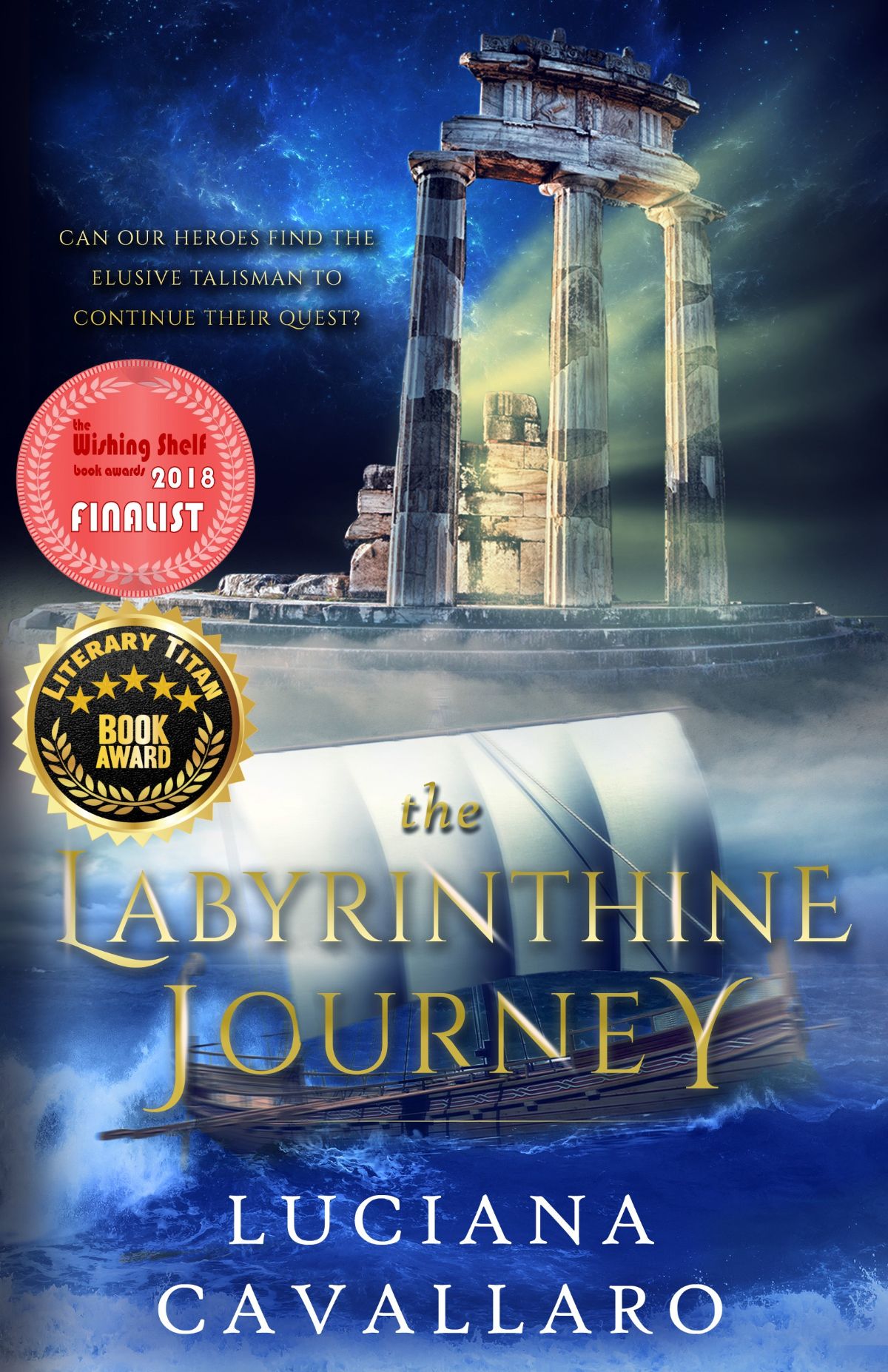 Servant of the Gods
| Book 2

Evan’s new life is in ancient Greece, and he fears he’ll never see his home again. Ripped from his 21st century world, his only way to return to the present is to collect god-saving sacred relics for his father Zeus. But to locate them means braving perilous seas and staring down death in search of a legendary oracle.

During their voyage, Evan and his companions come face-to-face with mythical creatures, fabled warriors, and treacherous sorcery. But despite the dangers all around them, Evan’s deadliest threat may be bound to him by blood…

Can Evan complete his quest before he and the gods are lost to history?

The Labyrinthine Journey is the second book in the fast-paced Servant of the Gods historical fiction series. If you like well-researched landscapes, suspenseful twists and turns, and mythic battles, then you’ll love Luciana Cavallaro’s heroic odyssey.

“★★★★★ ‘The Labyrinthine Journey was a thoroughly enjoyable read. I give it five out of five for its sophisticated and inventive retelling of the well-known and widespread story of Christ and its ability to connect it to the overarching quest narrative seamlessly.’“

“The storyline was refreshingly original, and there are certainly enough plot twists to keep the reader engaged. This is one adventure you don’t want to miss. Great for fans who have grown up with Rick Riordan’s fabulous Percy Jackson and Heroes of Olympus series!“

—
M. A Yarde
Join The LitRing Tribe
I am a(n):
We use cookies on our website to give you the most relevant experience by remembering your preferences and repeat visits. By clicking “Accept All”, you consent to the use of ALL the cookies. However, you may visit "Cookie Settings" to provide a controlled consent.
Cookie SettingsAccept All
Manage consent