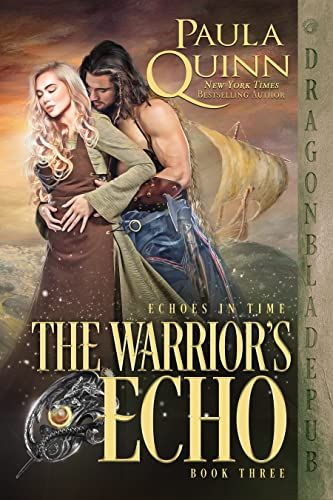 When actress Camelee Pendrey is hurled back in time a thousand years and finds herself caught under the nets of deadly-looking men on horseback, she’s sure of one thing: she will never survive. Eleventh century Britain is nothing as she imagined. To begin with, there is a Dane on the throne! Worse, there’s one in her bed. They are everywhere. Conquering, capturing, enslaving the Saxons acre by acre.

But Camelee isn’t a Saxon, and she’s nobody’s servant. Not even the deadly Viking who claims to own her and then promises to own her heart as well.

Chief Wolf Kristiansen is the king’s most dangerous warrior. When his men capture a beautiful new servant beneath their nets, he does not know where she came from, nor does he care. She is his now. That is all that matters. Along with his possession comes protection, and he is called upon many times to keep Camelee Pendrey safe. But it’s Wolf who is in danger.

His heart is given up for one woman and casts him into a fight with a king and his legendary sword, an enemy sorceress out for revenge, and the very fabric of time itself.

“5 Stars
A wonderful
story that fills your heart and makes you
believe in true love even through 1000 years.“

—
Amazon Reviever
Join The LitRing Tribe
I am a(n):
We use cookies on our website to give you the most relevant experience by remembering your preferences and repeat visits. By clicking “Accept All”, you consent to the use of ALL the cookies. However, you may visit "Cookie Settings" to provide a controlled consent.
Cookie SettingsAccept All
Manage consent